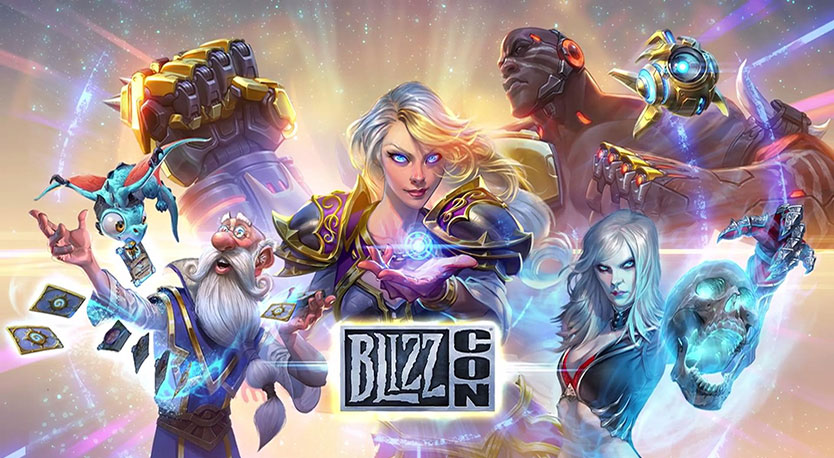 After discussing about the announcements made during this year’s convention, I decided to make another summary post, but this time regarding who won the BlizzCon 2017 Global Championships, for each game.

Needless to say, this is a HUGE SPOILER, so if you plan on actually watching the games and finding out for yourself, don’t read below!

Out of the 8 competing teams, only 4 have made it to the semi-finals, namely France, South Korea, Sweden, and Canada.

The Overwatch World Cup Final has been disputed between Canada and South Korea, and after an intense best of 7 game, South Korea won with 4-1.

Watch OWWC 2017 | Final | CA vs. KR from PlayOverwatch on www.twitch.tv

Out of the above mentioned 12, the 4 teams that made it to the semi-finals are Panda Global, Method Triforce, Method Synergy, and ABC, with the final being played between ABC and Panda Global.

In a best of 7 game, ABC has managed to win the BlizzCon 2017 WoW Arena World Championship with a whooping 4-0 against Panda Global.

With an absolutely intense 2 days of matches, the final match ended up between the Grimestreet Grifters and Chillblade Crusaders (3v3).

In one of, if not the most intense Hearthstone Finals, with a best of 11, Kranich has single-handedly came back from a 1-4 lead by Dog, bringing the game to an amazing 6-5 victory for the Grimestreet Grifters.

Apart from the rollercoaster of emotions of getting back from 1-4, the game has also had some awesome plays with Gul’dan, Anduin, Malfurion, Valeera, and Thrall.

After both teams won the semi-final games with 3-0 scores, it was sure to be a great match between MVP Black and Fnatic. The two teams have played each other once again, after the 2016 Fall Championship semi-finals, where Fnatic won against MVP Black.

This year, though, MVP Black has taken their revenge, winning against Fnatic with 3-1, and securing their very first BlizzCon trophy!

With a much more aggressive gameplay, MVP Black were able to overturn Fnatic’s Stitches / Medivh setup that would’ve allowed them to eat a player with Stitches’ Gorge and then teleport through Medivh’s Portal.

Watch HGC Finals 2017 – Fnatic vs. MVP Black – Game 1 from Heroes of the Storm on www.twitch.tv

After defeating Eo Yoon (soO) with 4-2 in the Global Finals, Lee Byung Ryul (Rogue) has won the Series, and is now the official world champion of 2017.

Having won two championship titles prior to BlizzCon 2017, Rogue has started the tournament as a favorite. Despite his initial modesty and somewhat lack of confidence in himself to win the round of 16 Series, he has proven he can do it to both himself and his fans, and stated that he’ll come next year as well.

Ever since July of this year, Rogue has been unstoppable, winning his first championship at the Intel Extreme Masters in Shanghai, followed by the Global StarCraft II League Super Tournment 2 in October.

Now, with the BlizzCon 2017 trophy under his belt as well, he can most certainly call himself the best current StarCraft 2 player in the world!

Last, but not least, StarCraft: Remastered has also had its Ultimate Title competition during BlizzCon 2017, between Lee Jae Dong (Jaedong) and Kim Taek Yong (Bisu).

Despite both being game veterans, they barely ever had any actual matches against each other, up until the Ultimate Title Fight, for a prize of 25.000$.

Unfortunately, Jaedong has not been able to perform as he wanted, given his health problems, but that didn’t stop him from giving his best with his aggressive gameplay, and even getting back 2-2 from a 0-2 lead by Bisu.

Since it was a best of 5 game, the fifth and last game was won by Bisu (3-2), after anticipating Jaedong’s aggressive tactic.


Need help with a ban?