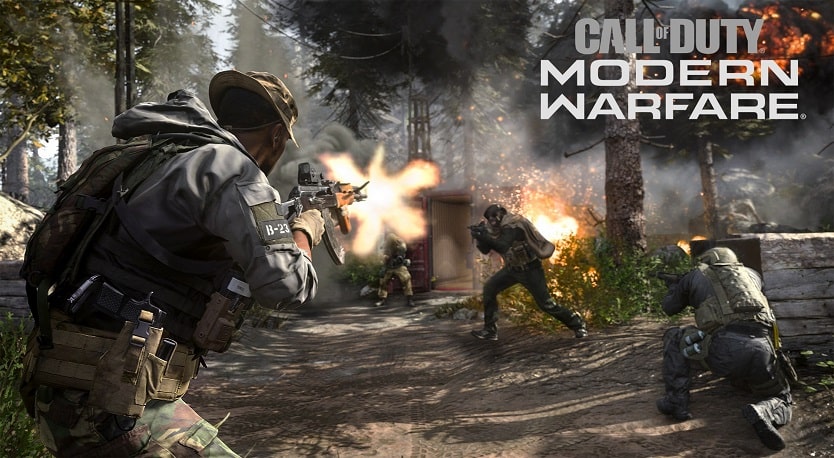 First time you get crossplay

The crossplay is something a lot of people wanted. What that means is that you can play with people on consoles if you are on a PC and the other way around. The idea here is that you are not restricted to play with people on your platform only. The PC numbers were small for quite some time, so Call of Duty: Modern Warfare had to come with this. And honestly it’s for the better.

Adapting weapons based on the play style

In Call of Duty: Modern Warfare you will have a Gunsmithing option that helps you customize the weapons the way you want. You can force only the upgrades that you value the most. You can have 5 upgrades per gun, which means you need as much attention and carefulness as possible to achieve the best results. There are tons of combinations to go for, which is always great.

Call of Duty games always had a season pass with extra content. And many times the pass was more expensive or just as expensive as the game itself. This time Call of Duty: Modern Warfare won’t have a season pass. We can expect a variety of monetization options, but a season pass will not be needed and the content itself will be free after launch.

The campaign in Call of Duty: Modern Warfare is a lot darker and more challenging. Which is for the better, because they are bringing in some rather creative ideas here. We have Price back, and we also have a darker atmosphere. This is very different when compared to the previous games, and it’s definitely for the better because of that.

One of the nicest game modes that they showed is the Gunfight. Call of Duty maps are small, but Gunfight comes with even smaller maps for this mode, as it’s a 2v2 mode. The idea is to test out a variety of game ideas and see what strategies will help you win. This is exciting and interesting, fun and rewarding, which is exactly what you want to play in a game like this.

Overall, Call of Duty: Modern Warfare has changed quite a lot and it brings in front some very creative ideas.

It’s a tremendous game based on these changes, and you will certainly enjoying. You will be quite impressed with how different but also catchy and fun Call of Duty: Modern Warfare gets to be.

Test it out, it’s a very fun and exciting game and the beta clearly showed that!