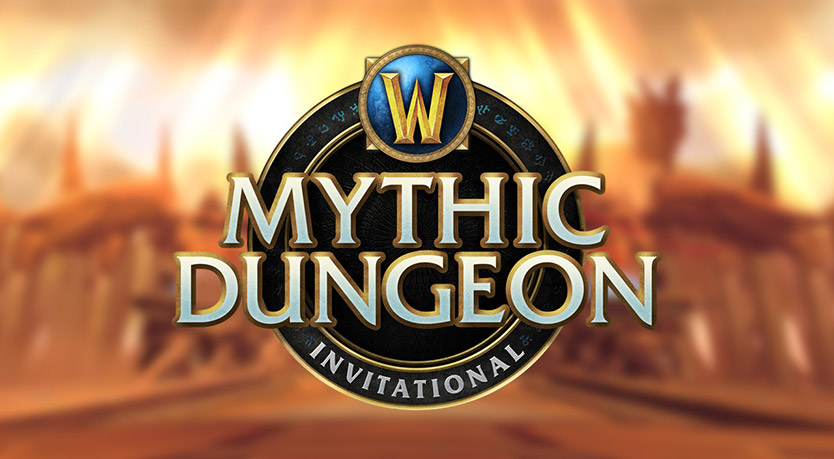 If you have not watched the WoW Mythic Dungeon Invitational Grand Finale yet, and don’t want to know who the winner is, do NOT read the article!

Okay, well, so the WoW Mythic Dungeon Invitational has finally came to a close, having its Grand Finale played tonight.

If this was something you could bet on, I’m 100% sure nobody would’ve guessed the two teams that qualified and played against each other in the final.

It was almost surreal, but nevertheless, regardless of which team any of us was rooting for, the final was quite a show.

Who qualified in the Finals and who won?

For a better understanding of the teams, you can look on raider.io scoreboard, but in a nutshell, and despite the entire EU > NA meme, the final has been disputed between two Australian teams, namely Honestly and Free Marsy (yup, won the quarter finals against Raider.io).

I mean, who would’ve thought, right? Given the monster performance of EU’s Raider.io had in the Regionals, along with NA’s Premonition, I’m pretty sure everyone thought the finals will be played between these two, no? Well, nope.

So, after an insane 5 matches, and after being led with 2-0 by Honestly (one of which was in the Seat of the Triumvirate), Free Marsy managed to pull ahead and score three games in a row, winning 3-2 against Honestly in the WoW MDI Finals 3 out of 5. Quite a comeback, no? Yup, but not without some juicy drama!

Well, the drama kind of started in the very first Grand Finale game, as both teams had to race each other in the Seat of the Triumvirate (+17 keystone), which has been basically out for a month now, has not been part of the Proving Grounds qualifiers, and in which pretty much all teams had little to no practice, as everyone focused on the rest of the dungeons. Either way, being 3 out of 5, it didn’t matter as much.

What fueled it further was the 3rd game between Honestly vs. Free Marsy (2-0 at that point), disputed in HoV, where Free Marsy got the bug which prevented them from releasing spirit and getting their corpse after wiping on the trash before the 1st boss.

This has caused the entire Halls of Valor run to be reset from the very start for both teams, which wouldn’t have been an issue since it was quite early in the run, but Honestly was already so far ahead, given that they didn’t wipe, that it was almost a certain 3-0 win. 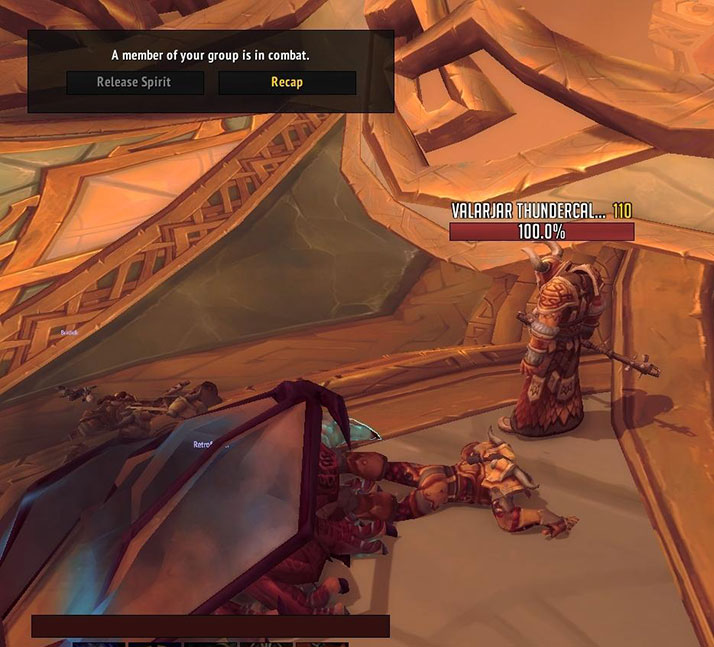 Although it wasn’t the fault of Free Marsy, they had an amazing RNG with this bug, as it was all they needed to wake up and realize they still have a shot at winning, thus scoring HoV for 2-1, and then Arcway for 2-2.

The last dungeon, which was Honestly’s pick, ended up being Upper Karazhan (+17 Tyrannical). This is where it all went nuts in an extremely tight game between the two teams, being neck-in-neck for almost the entire run.

Honestly managed to get to the last boss first, and wiped in the last phase. Same thing that happened with Free Marsy when they reached it. The only difference, though, is that Honestly managed to release spirit and run back to engage the boss again, whereas Free Marsy got the release bug yet again, and were unable to do anything.

Now, here’s where things went nuts! Free Marsy was ressurected by the GMs this time, right in the boss’ room, as opposed to resetting the run like they did in HoV, which sparked discussions in regards to how much longer it would’ve taken them if they were able to release, and how basically the GM resurrection gave them quite an advantage.

UPDATE: Slootbag has tweeted about the time stamps, explaining that the Free Marsy GM resurrection took longer than if they ran back normally, but that doesn’t count in the fact that they had already skipped two mobs with invisibility potions, which they would’ve most likely had to kill this time around.

This would’ve been probably nothing, if it didn’t turn out that Free Marsy managed to win Upper Karazhan as well by just FOUR seconds against Honestly (overall time, which also was affected by player deaths). 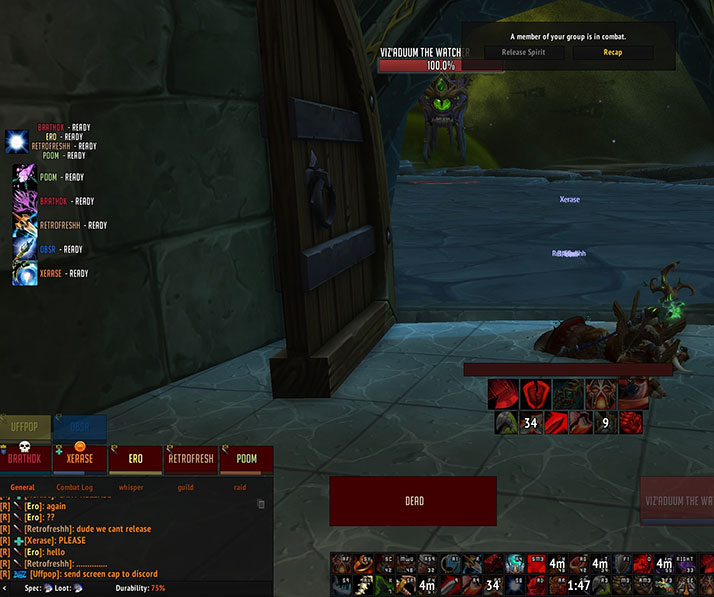 Furthermore, the GM resurrection could have also helped Free Marsy dodge the additional trash packs they left behind when getting to the last boss for the first time, for which they have used invisibility potions to skip.

If they would’ve managed to release and run back, like Honestly did, they would’ve had to use the rogue’s Shroud of Concealment, which most likely wouldn’t have lasted long enough.

During this time, Honestly was running back and actually engaged the trash and wiped on it.

Whenever we watch a World of Warcraft event, be it PvP or PvE, the “camera” we see floating around in arenas and dungeons is actually a GM flying around, invisible, immune, and, well, untargetable.

Presumably (at this point at least), what has caused the entire release bug thing (twice), was that one of the GMs (allegedly the shaman Obsr-something), somehow managed to get in combat with the last boss in Karazhan (and even with a flying Storm Drake in HoV), and thus prevented anyone from releasing, because you cannot release during a boss fight in a WoW dungeon or raid.

For those of you who haven’t watched the Finals yet and still read the article, here’s the VoD of it (Honestly vs. Free Marsy starts at 3 hours and 45 mins into the stream).
Watch live video from Warcraft on www.twitch.tv

In my opinion, the best solution would’ve been either the GMs trying to force-perform “/script RepopMe()” on the players, or just despawning the boss, allowing Free Marsy to release.

This, of course, would’ve been a relevant option only if the GMs would’ve noticed the bug the second it happened, otherwise Free Marsy would’ve been disadvantaged if they would’ve been able to release and run back after two minutes while the GMs were trying to figure it out.

This only means that the best solution would’ve probably been to reset the run, just like they did in HoV.

Nevertheless, though, a big CONGRATULATIONS to Free Marsy for winning the WoW Mythic Dungeon Invitational!

Bugs or no bugs, it wasn’t their fault regardless, and to be honest, a lot of dungeons have a lot of bugs that still weren’t fixed: random deaths on 1st boss in CoS, volcanic affix on 2nd boss in EoA, eye beam and green patches on floor on 2nd boss in BRH, etc. despite Blizzard trying to organize such tournaments.

Of course, none of them are as game breaking as the release bug, except maybe the MoS cage one, for which the match between Absolution vs. SPG was also remade.

Need help with a WoW ban?

We're here to give you the best help in order to recover your WoW account!