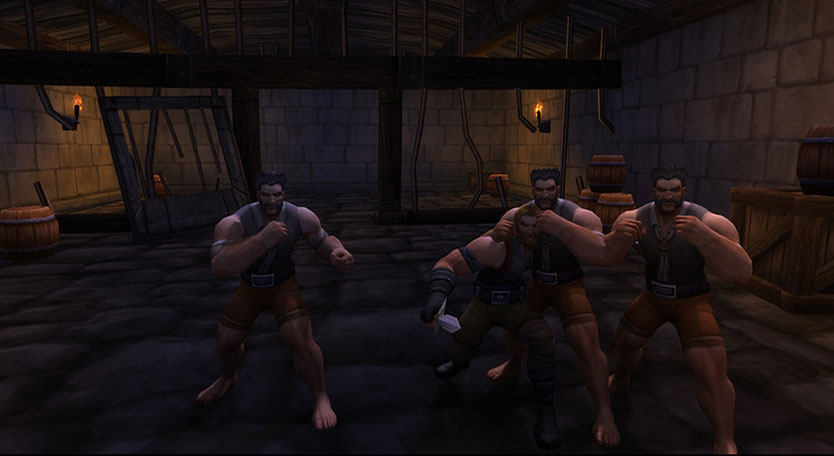 We live in an era where our dependency on online networks has become an integral part of gaming. Most of us pay some kind of monthly fee in order to access online gameplay and for the vast majority, the story ends happily ever after. For some however, the story does not always go so well.

Getting an account banned on some network or game is nothing new. Players who break the rules or are accused of cheating have been getting banned for years, and for those who set out with malicious intentions, a ban seems like an appropriate punishment, but what about cases where the a user appears to be banned for no reason or for something very minor. The system is far too black and white.

Let’s say you are in a retail outlet and you somehow end up in an area that is designated for staff only. You did not see any warning signs, the door was just open. The store will not immediately assume you are up to no good. However, when it comes to video games, any mistake that might cause you to get an advantage over an enemy, you are immediately guilty, even if it was a game glitch and you didn’t know what happened.

A lot of online games are built upon repetition. People can put huge amounts of hours into building up their characters and accounts. Imagine spending a year building an amazing Minecraft world on the realms server and getting banned for bad behavior or spending 2000 hours grinding XP to get an amazing warrior in World of Warcraft only to get locked out of your account because you were hacked or just for using a VPN.

Fortunately, some of the larger MMOs like World of Warcraft are well aware that accidents happen and that hackers can very often take control of a players account. They have implemented a very robust system that will allow you to get help from a human to regain access to your WoW account and recover lost content. So long as you can prove your identity, they will often restore your account very quickly, so long as you can actually prove your identity.

Meanwhile, certain social media networks are known for locking users out of their accounts very easily. With a bot as your only means of regaining access, lots of people permanently lose their account. You are effectively banned because a robot isn’t able to figure out who you are. You will never be able to prove who you are if the record on file has mistakes. Banning users like this is incredibly unjust.

One of the more recent examples of banning gone wrong is with Fallout 76. It was no secret that there was a lot of people exploiting the endless amount of bugs that were present at launch. Bethesda, the games developer, decided to come down incredibly hard on people who were caught running mods and other exploits by issuing instant bans. The problem was, the definition of “exploits” was incredibly broad. They ended up banning a huge amount of people who were not even doing anything wrong.

You could maybe see where they were coming from if someone accidentally did something wrong, like with the example I gave with walking into a staff only area of a store. But some players were being banned from Fallout 76 for virtually no reason, as they were sure that nothing they ever done could’ve warranted a ban.

The reason people were being banned is that the game was checking the list of executables and tasks running on a person’s PC. If a user was found to be running a blacklisted executable, they were banned. It doesn’t matter if the executable was being used for Fallout 76 or not, so long as there was a task running that Bethesda considered against the rules, they would ban you for it, which is commonly known as false positive. This also happened to a few players who got banned from Fortnite, although Epic Games worked on fixing that.

Now you could say, it’s their house, their rules! But there has to be some sort of process to all of this. People who may have invested a large amount of time into this game and ended up getting banned for no reason. No strikes, warnings or anything to signal to them that they were doing something that went against the rules of the game. More so, the rules were changing by the day, so it was impossible knowing which processes were becoming blacklisted.

Fortunately though, Bethesda saw the error of their ways and did attempt to fix the problem.

As we plunge into the future of video games, there needs to be a fundamental change to how we approach game bans. Is it ever going to be fair to give someone the ultimate penalty for making a silly mistake? A permanent ban is the ultimate punishment and should be reserved for the worst wrongdoings.

There is definitely an argument to be had as to whether the punishment should fit the crime and deciding what those punishments should be. An outright ban should never be the first course of action. A ban should always be the final straw for someone who has offended in the worst possible way.

It is fairly unlikely we will see a major change to the process any time soon, and for now, contacting the game’s support and explaining your situation is the only way to get unbanned.