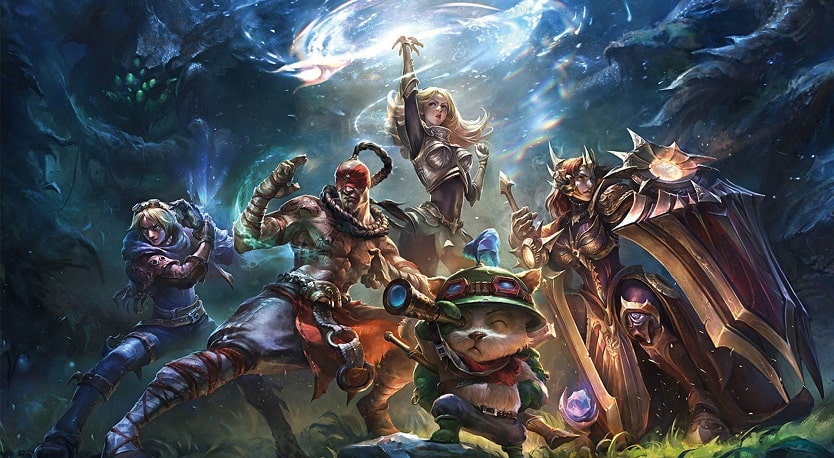 League of Legends is one of the games that were extremely popular when it was originally launched back in 2009. But just like any game, the interest for it varies and it all comes down to how much fun people can have inside the game and what new content is added.

Thankfully League of Legends is one of the few games that are among some of the most played out there. At one point the game did experience around a 90% loss in player counts, but as you can imagine this type of stuff is normal for a game that you can play again and again for hundreds of hours. If you get past that, you will find League of Legends to be very interesting, rewarding and just a whole lot of fun with its remarkable gameplay.

It’s hard to know the exact player count because a lot of games including League of Legends are not publishing exact numbers often. And there’s no tracker that you can use to see whether the game is still played or not. But there are all sorts of tracking tools that can give you an idea of how many players are still interested in a title like this.

At this time, the monthly player count estimate for League of Legends is between 90 million and 115 million unique players. That’s a huge player count and it speaks volumes when it comes to the popularity of the game and just how much fun the game really is. The title does a very good job at offering you an insight into how popular the game really is.

Although we have games like Fortnite, Apex Legends or PUBG which are becoming more and more popular, League of Legends is still on top. It’s only surpassed by Minecraft and that speaks volumes on how much the game got to evolve and improved throughout all these years.

When compared to 2017 for example, the player count has already doubled. So it’s nice to see that a game like this which is 10 years old in 2019 can still bring in lots of players to it. The focus has to be on creating a new and amazing game for most developers, but Riot wanted something a bit different and more intricate.

Their support for League of Legends is amazing and adjacent games like Teamfight Tactics that are connected to LoL are just as interesting and fun to play. That’s what really makes League of Legends so good and extremely popular, the fact that it continues to grow and evolve in a masterful manner.

There will always be all kinds of challenges like this, but in the end what really matters is convenience, value and a tremendous quality. These are all things that League of Legends improved upon and while there are still bugs and balancing changes to be made, League of Legends is pretty good with that and it continues to shine.

So yes, even if you want to play League of Legends today, there’s no need to worry about the player count as there are millions of players ready to battle, but do make sure to check out the top 5 most OP LoL champions!

Need help with a banned League of Legends account?

We're here to give you the best help in order to get your LoL account unbanned!