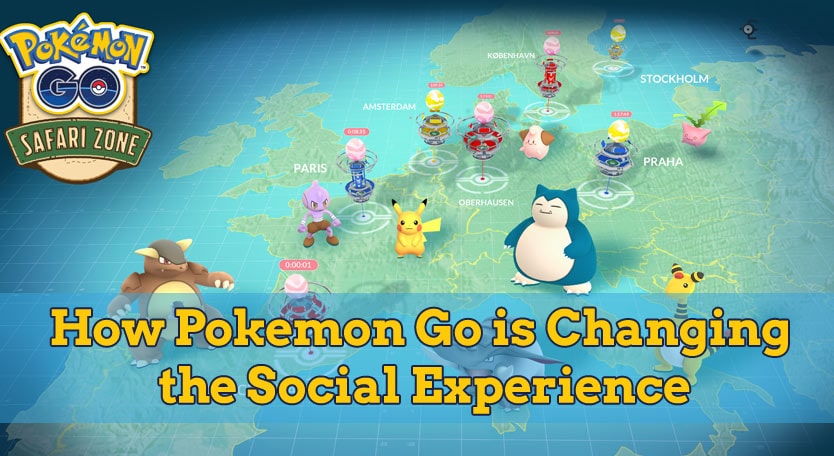 In 2016, Niantic released a mobile game that swept the world. Pokémon Go grossed 600 million dollars in 90 days, the only game to have ever done so that quickly. Today, Pokémon Go has 752 million downloads across the globe with 147 million active monthly users.

Pokémon Go encourages users to interact with their real-life environment through the scope of a digital realm. The augmented reality features allow players to catch animated creatures in their own neighborhoods. This blend of the digital and real provides an opportunity for people to interact with other players.

Although the game is on users’ phones, the game motivates people to move around and explore areas that are unknown to them. Considering the Pokémon are generally in public locations, players often encounter other groups also playing. As such, 113 million friend connections have been made through the game, and nearly 90% of all users have met others while playing.

Finding Friends within the Franchise

Niantic partnered with Nintendo to launch Pokémon Go, the newest segment of The Pokémon Company’s extremely profitable franchise. Estimated at gross sales of $59 billion, the >Pokémon franchise is the highest-grossing media franchise of all time.

As such, on release, most people were familiar with the brand and were large fans of the video games, anime, and trading cards. The launch of Pokémon Go built on beloved characters and enhanced the media experience.

Players who had grown up playing the card game and watching the show already had familiarity with the concept. As well, friend groups could bond over shared interests. Pokémon Go contributed a new element to an existing fanbase.

Pokémon Go encourages players to find other fans of the game to discuss rules and levels. The nostalgic element of the brand creates an open environment for conversation and events.

In 2017, Pokémon Go hosted a tour of events across Europe that encouraged players to come out and talk about the game. Players caught over 6 million Pokémon throughout the special events. Below, players gathered to listen to Pikachu at one of the European events:

The above event brought “trainers” and fans together to discuss their adventures catching Pokémon around the world. The Safari Zone provided a platform for players to meet each other and create relationships based on their love of the franchise.

Pokémon Go builds on its success with the pre-existing media and creates a strong, emotional, connection with the players who are able to share a piece of their childhood with one another.

Using Location-Tracking to Encounter Others

Pokémon Go demonstrates how geolocation can be used for entertainment as well as benefit advertisers. The location-tracking features gives players an incentive to walk around outside and interact with their physical surroundings.

Most critics complain that video games and mobile apps limit users to a one-dimensional space where they are isolated by a screen. Pokémon Go changed this dynamic as users exercise frequently and engage with others to catch these creatures. The location-tracking element provides a reason to leave the house and push social and physical boundaries.

Further, part of the game revolves around “lures.” People can place “lures” in certain locations to draw more Pokémon toward them. The lures are placed in the digital realm on users’ phones, but indicate an actual place: 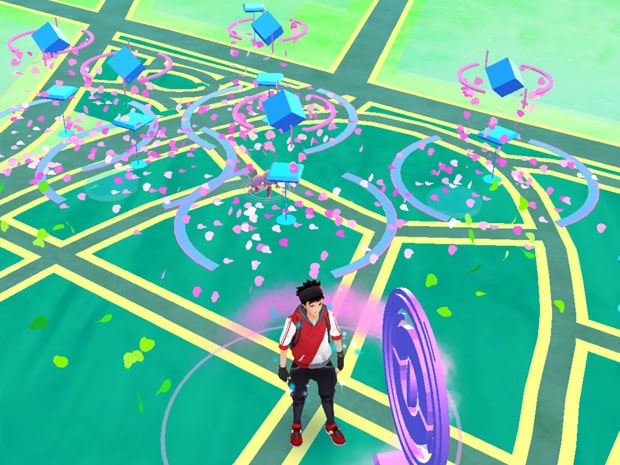 After placing the lure, other people are then alerted to where the lure is and can walk to that location to catch potential Pokémon. As such, large crowds tend to form when lures are posted.

The geolocation component of the game not only allows you to find Pokémon, but other players. The game tracks where you place a lure so it can show other players the creatures. The location-tracking breaks down digital walls and encourages users to help each other within the game.

Pokémon Go changes mobile gaming from an isolated competition to an interactive experience.

Pokémon Go implemented one of the first main-stream AR gaming apps. Although AR began in the 1950s, most people were not aware of its potential until the 90s. Recently, AR has become a consumer reality with apps like Snapchat and Pokémon Go breaking the traditional limits between computer and humans.

Today, AR offers a new option for apps to build increasingly exciting experiences for consumers. Pokémon Go gives insight into how to make AR integral to a game rather than simply a novelty.

A fairly complex implementation of AR in an app, Pokémon Go’s AR+ mode presents a dynamic interaction with the player. Pokémon react to player movement, which adds to the difficulty and fun of the experience. 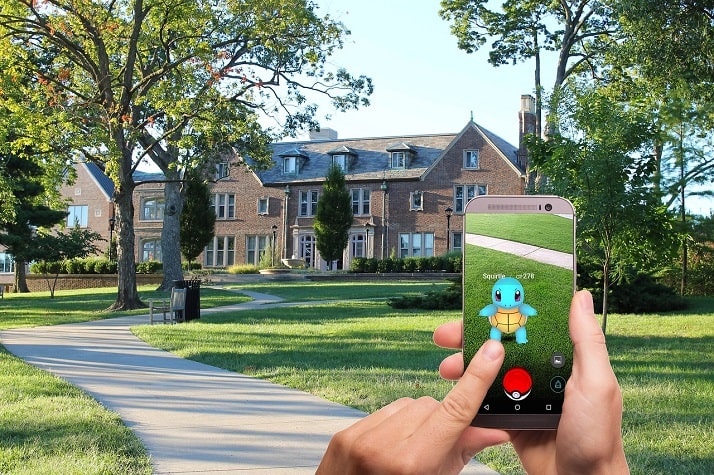 The overlay of the popular Pokémon creatures with the natural environment provides the foundation for the game and thus, the social aspect. If Pokémon Go did not include AR, then the game would simply exist on an individual’s phone. The likelihood of meeting new people would significantly decrease as most would play within their homes. There would be no need to travel anywhere or encounter others.

AR changes how people can play a game by breaking the bounds between computer-generated images and reality.

Today, with 5 million active daily users, Pokémon Go continues to demonstrate its strength as a top mobile game. The game utilized its franchise roots to bring a unique experience to its fans, including offering popular events for socializing.

The game integrates location-tracking and augmented reality to create a physical activity that allows players to meet others. The game encourages global connections as players travel all over the world to catch exotic Pokémon.

As apps compete in an increasingly crowded industry, AR and geolocation will become standards. Companies should hire top mobile app developers to create a distinct experience that can make their app stand out to consumers. Pokémon Go changed the trajectory of the mobile gaming experience and produced a game that allows users to interact socially through media and reality.