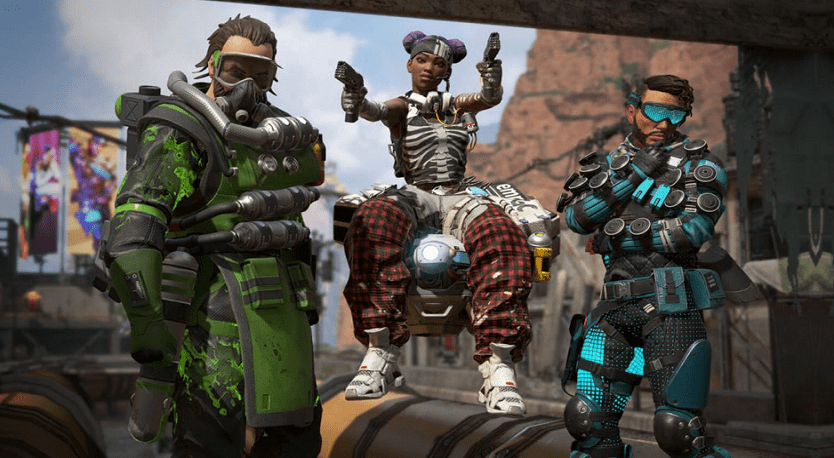 Out of all things, Tetris has become a gaming trend once more, which may show how these trends are random flashes in the pan. But with the Battle Royale war raging on, it is important to determine why the industry has become obsessed with this genre in particular. Discover what is it that makes games like PUBG, Fortnite and Apex Legends so attractive, despite being more or less the same in terms of how the game is meant to be played.

Fortnite and Apex Legends came out of nowhere and took the gaming industry by storm overnight. But just because these Battle Royale games belong to the same genre does not mean their journey to success was the same. Even though gamers are of the opinion that the gaming industry likes following trends, there is much more to it than what meets the eye. Keeping this in mind, let’s compare these Battle Royale titans to understand what the hype is all about and how they reign supreme in their respective realms.

When it comes to the rise in popularity of Battle Royale games, credit has to be given to PUBG. Agreed, the concept did not solely originate from PUBG, but it was the game that streamlined the genre ushering into a new age where Battle Royale games have changed how games are developed.

The earliest concept of the game started as a mod for ARMA 2, referred to as DayZ. This mod is what laid the foundation for PUBG. Players may not have had to worry about shrinking circles, but they were dropped onto a massive island with hostile players and no weapons. If that was not enough, they would not to fend off against the zombies that plagued the island. Here, death meant that the player would lose everything, and they would have to start from scratch. This resulted in players being more competitive and doing whatever it took to get the best gear to dominate everyone else in the game.

A majority of gamers would argue that there were actually other mods that lead to the birth of the genre, but the importance of PUBG cannot be denied. The game dominated the summer of 2017, which is when other companies started developing their own Battle Royale games to cut themselves a piece of the pie. To put things into perspective as to why this was important for other companies, it was because PUBGearned 11 million dollars in the first three days of its release alone! What is interesting is that this game was developed by an unknown company.

War of the Battle Royale Games

Epic Game’s originally released Fortnite as a co-op shooter, which received mixed to positive reviews. The game revolved around players attempting to survive against hordes of zombies with their friends. Fortnite was unique due to its building system, allowing players to construct roofs, walls, and even traps to get an edge. In theory, the game had everything to be an overnight success, but it failed to set the world on fire. This does not mean the game was not a success, but it just wasn’t given that much attention.

Considering the fact that Epic Games is behind successes like Gears of War and Unreal Tournament, the gaming industry’s expectations were a bit high. The game’s disappointing launch led Epic Games to do whatever it took to recoup its investment. After PUBG’s success, Epic Games quietly launched its own Battle Royale game mode in September 2017. But how did Fortnite steal the show? It had to do with the fact that this game had a colorful art style with an innovative building system that attracted countless players in a short amount of time. The game was, and still is, also free, contributing to its success.

Fortnite Battle Royale was released at the perfect time, when people were getting the hang of the genre. Additionally, it was the only free-to-play Battle Royale game available on console. Console players that had heard about PUBG could now finally get a taste of Battle Royale thanks to Fortnite. The rest is history, as the game became so popular that streamers like Ninja were able to make a truckload of money by streaming their gameplay. Nobody saw Fortnite becoming this successful, and when celebrities like Drake started streaming the game, there was no way this game was not going to become even more popular than it already was. PUBG was still in the game, but it was nowhere near as popular as Fortnite.

The Rise of a New Challenger

Fortnite’s rule would remain unchallenged throughout 2018, even though Call of Duty’s Blackout mode was released at the end of the year. The game was surprisingly polished, even more so than PUBG, but it failed to make an impression seeing how players would need to dish out $60 for Black Ops 4 just to get the Battle Royale mode, which did not seem feasible.

While Call of Duty Black Ops 4 failed to dethrone Fortnite, a new challenger arose in February of 2019. Out of nowhere Apex Legends was unleashed on the gaming industry, and it has done a spectacular job at disrupting Fortnite’s dominance.

Just like Fortnite, Apex Legends took form as a game from another idea entirely. Respawn Entertainment managed to do the unthinkable by releasing the critically praised Titanfall 2 in 2016. But due to EA’s recklessness, the game did not sell as good as it should have. Titanfall 2 was released between Call of Duty Infinite Warfare and Battlefield 1, which resulted in the game not being a commercial success per se.

Titanfall 2 may have lacked in its commercial aspect, but it achieved cult-like status as one of the greatest shooters out there. The outstanding campaign along with the gunplay and movement mechanics made it a phenomenal one. But to prove their worth to EA, Respawn Entertainment had to come up with a success. This is when Respawn Entertainment started working on Apex Legends, a Battle Royale game set in the much-loved Titanfall universe.

The Battle Royale genre got an adrenaline shot due to Apex Legends. It combined the elements of Titanfall’s smooth gunplay and movement with the hero abilities from Overwatch. The game was innovative enough to hold its ground against other Battle Royale games in the market. And just like that, players started flocking to Apex Legends. During the first week, Apex Legends had been downloaded 25 million times, and for now remains an obsession of the gaming industry.

The Future of Battle Royale

No matter what Battle Royale game you prefer, if you are confident about your skills, and are ready to take on the world, then you should head down to your nearest gaming café.