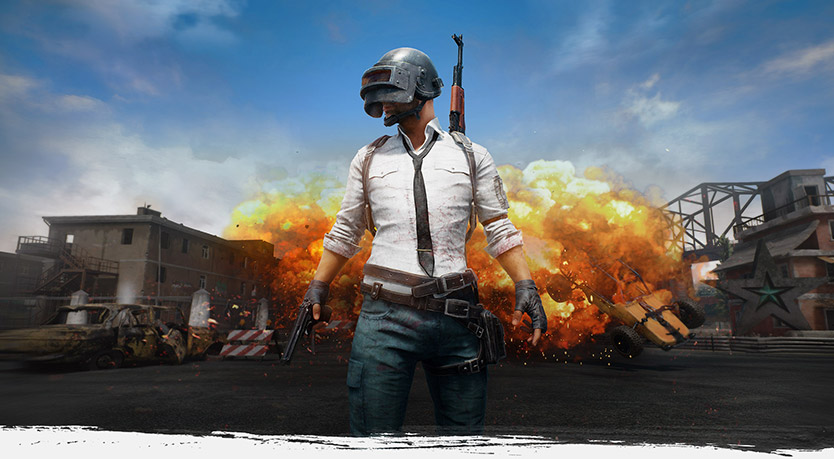 Although it’s still in the Steam Early Access, PlayerUnknown’s Battlegrounds has surpassed World of Warcraft for August 2017, with over 10 million copies sold, closing in to Dota 2 for Steam’s #1 place.

Here are the top grossing titles by category, according to SuperData Research: 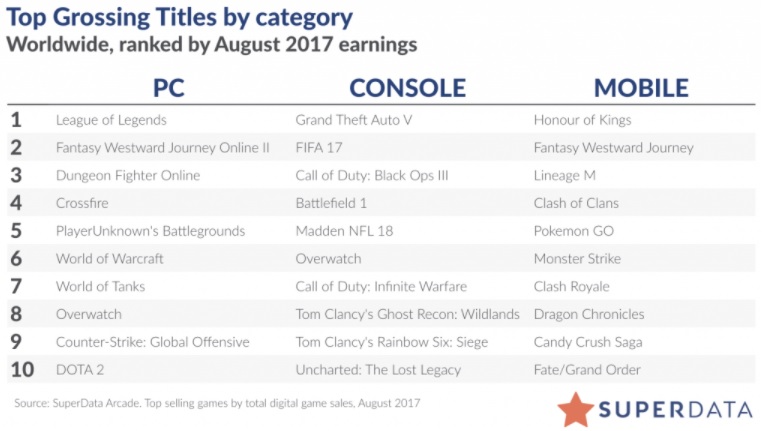 This probably comes as no surprise, as pretty much everywhere you look nowadays, gaming-wise, there is a trace of PUBG.

Even on Twitch it’s hardly ever that you don’t see PUBG in the top 3 games streamed on Browse, while World of Warcraft still has kind of a hard time breaking top 10 sometimes.

Furthermore, while on the subject of video games’ successes, Hearthstone has also hit an all-time revenue peak with their “Knights of the Frozen Throne” expansion, which is an increase by 15% over their previous one.

Overwatch has also passed its own record of monthly players, given their consistent updates and patches, that implemented the new Doomfist charachter, the Deathmatch game mode, the Junkertown map and some class changes.

All in all, as a long time World of Warcraft player, I’m biased towards WoW getting more popularity, although I’m a bit skeptical it’ll ever reach it’s WotlK/MoP peaks ever again.

Hopefully, the new expansion announced at this year’s BlizzCon will awake the raider in people who have given up on WoW long ago, or even in those who haven’t yet tried it out.

Should you require our help with a banned PUBG account, please don’t hesitate to check out our PUBG unban service!

Need help with a PUBG ban?

We're here to give you the best help in order to recover your PUBG account!