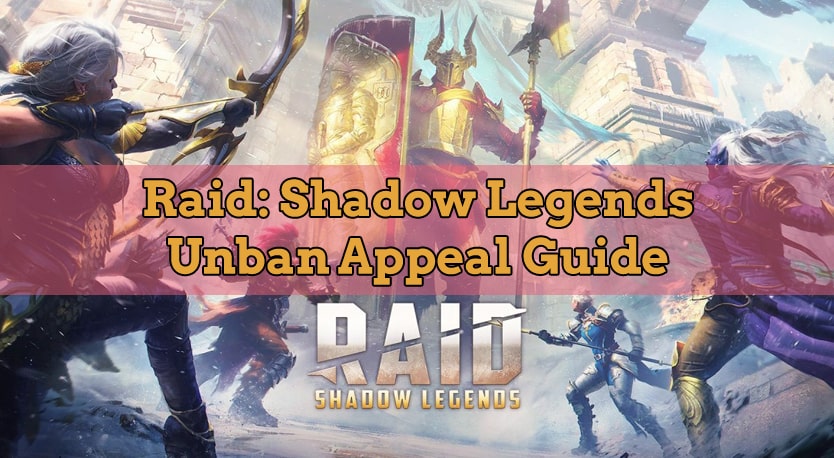 Raid: Shadow Legends is a very popular mobile Turn-Based Battle MMORPG, having earned quite a large playerbase on both Android and iOS devices.

As with any MMORPG game, there’s always something to do, and no matter how much time you put into it, you’ll constantly find something you can or want to improve on, which ultimately is the nature of MMORPG games.

That said, sometimes this can wear certain players down, which in turn can lead to them wanting to take shortcuts, shortcuts which can and will lead to getting banned from Raid: Shadow Legends.

What Can Get You Banned from Raid: Shadow Legends?

Although there are quite a few offenses for which a player can get banned from Raid: Shadow Legends, here are some of the most common reasons for that:

It goes without saying that in order to ensure you’ll never be in this situation, you’ll need to steer away from doing any of the above. However, if this somehow still happened to you and you woke up to having your Raid: Shadow Legends account banned, let’s see what can be done then!

Can You Get Unbanned from Raid: Shadow Legends?

Regardless of the ban reason, timing, event or ban wave, there is no actual answer that applies to all cases, although yes, some cases stand a much higher chance at getting unbanned as opposed to others.

For example, players banned from Raid: Shadow Legends for extreme toxicity, such as hate speech and real life threats stand virtually no chance at getting unbanned, in which case we’re also unable to provide assistance.

On the other hand, players banned due to an accusation of using a bot stand a much higher chance at having their Raid: Shadow Legends account unbanned, especially if the allegation is false. If this is also your situation and you’d like to get a more accurate answer based on your particular case, please feel free to get in touch with us.

Now that we’ve got this covered, let’s move on to the most important part of the guide, namely how to get unbanned from Raid: Shadow Legends!

How to Submit a Raid: Shadow Legends Unban Appeal

Once you’re on it, you’ll need to complete the fields as such:

Once all of that is in place, you can press the “Submit” button underneath the form, and your Raid: Shadow Legends unban appeal will be sent to Plarium for a review!

Don’t forget to check your email regularly, as that’s where they’ll get back to you once they’ve reached a conclusion.

That’s all! Hopefully our guide was helpful regarding your banned Raid: Shadow Legends account, and if you ever require our help, we’re here for you!