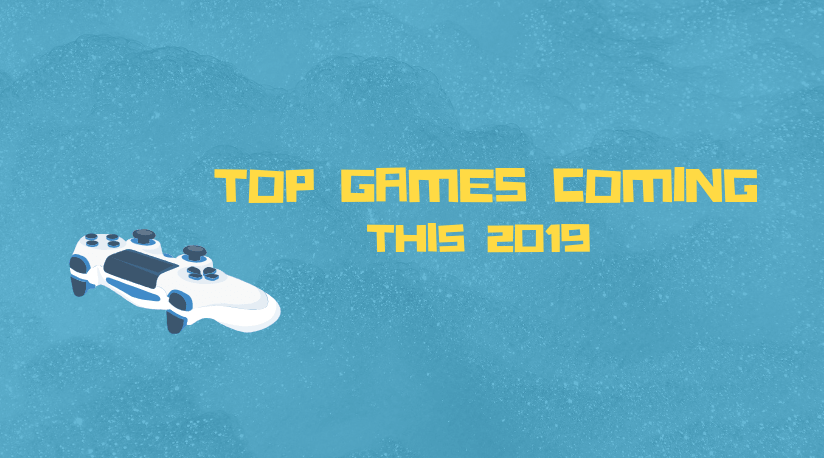 If you are looking for a new game to play this summer, then you have come to the right place. Here, we will give you our list of the best upcoming games of 2019.

So without further ado, let’s get right down to it, the top upcoming games of 2019!

Ever since 1981, when Wolfenstein was first released and up until now, this game keeps on giving. Set in the WWII, the game follows William B.J. Blazkowicz, an agent of the Office of Secret Actions, and his fight against the Nazis who are trying to harness supernatural and occult forces. Wolfenstein: The New Order (2014) and its sequel The New Colossus are set in an alternate universe where the Axis powers have won the WWII.

The first two Wolfenstein games were in 2D top-down perspective, and then in 1992 Wolfenstein 3D was introduced in a first-person perspective. Starting with the first game Castle Wolfenstein from 1981, 12 more installments have been released (including this newest one).

Wolfenstein: Youngblood follows the events set 19 years after the last Wolfenstein II: The New Colossus. This installment is a first-person shooter which now follows new protagonists, B.J. Blazkowicz’s twin daughters, Jessica and Sophia. It’s a 2-player co-op, where each player can control one twin.

Out of all five, World of Warcraft is the most popular due to its title of a massively multiplayer online role-playing game (MMORPG). MMORPG means that players control their character and interact with other characters in a virtual world. The World of Warcraft is a franchise really, which has several books and comics, media, a collectible card game and, a movie adaptation, not to mention all the collectible merchandise and toys.

If you’re a fan of third-person shooters, then you’ll be happy to know that Control is about to be released. Control will challenge your perception of conventional third-person shooters with new gameplay concepts. Control follows Jesse Faden, a woman with extraordinary powers in her discovery of a sinister plan of the chief of a secret US government agency, whose job is to search for supernatural objects known as “Objects of Power”.

If you loved Remedy’s Quantum Break and Alan Wake, you will for sure enjoy playing Control too!

Gears of War, first released in 2006 for the Xbox 360, has come a long way. 13 years and 5 installments later, Gears of War brings another sequel. Gears of War 5 will feature a 3-player co-op mode amongst other exciting innovations. Gears 5, a third-person shooter, will follow Kait Diaz and her journey in uncovering the origins of the Locust. Throughout the game, we will encounter other familiar characters from previous installments.

The highly anticipated continuation of Borderlands 2 (2011) is finally coming this September and we couldn’t be more excited. Borderlands 3 will feature a 4-player co-op and according to the producers, we’ll see a lot of new stuff combined with a bit of old. Old characters returning, together with tons of new weapons. New vault hunters and new planets – not just Pandora.

New year, new CoD – this time a Modern Warfare reboot. It is said that this reboot of CoD will be much darker and more realistic than previous CoD games. The game will be set in a different timeline from the other Modern Warfare games and it will support cross-platform multiplayer mode for the first time ever. We will also witness the return of old characters from previous games.

From Obsidian Entertainment comes The Outer Worlds, an action RPG set in a futuristic world. At the beginning of the game, you will be able to create your own character and board the spaceship taking humans to a recently formed colony at the edge of the galaxy. From that point on things go south real fast and the ship is set off its course while you’re in cryosleep. The first-person perspective enables you to immerse yourself deeper in the game and also to give you a true role-playing experience. We are really excited to see how this one goes!

As geeks that we are, we can’t go on with this list without mentioning Star Wars Jedi: Fallen Order. It took a while but it’s finally here. SWJ: Fallen Order will be set right after the events of Star Wars: Episode III Revenge of the Sith and it will feature the third-person action. We follow the story of Padawan Cal Kestis, who escaped Order 66 and is on the run from the Galactic Empire. As you play you will always need to be one step ahead of the Galactic Empire while discovering other mysteries. As a player, you’ll be given a chance to use new lightsaber combat system and Force abilities – how exciting!

Courtney is a technologist with a background in statistics and economics.