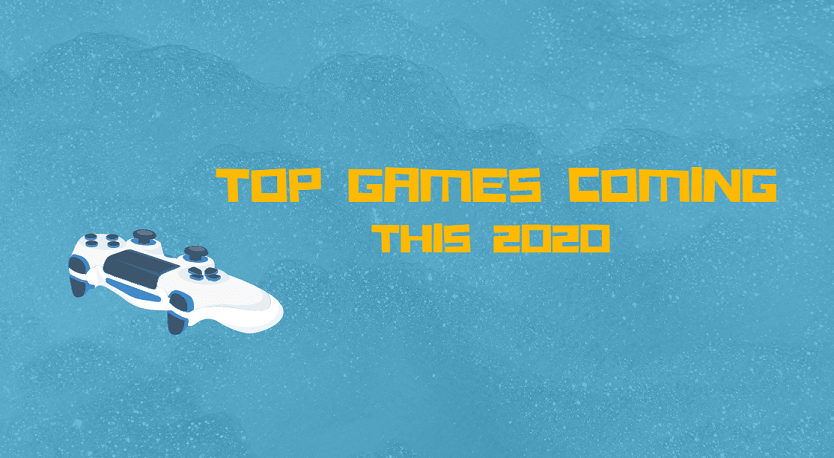 The year 2019 has more or less fulfilled all of our expectations regarding games. This new 2020 year won’t disappoint us either, because some big titles are announced to be released this year. Every gamer probably can’t wait for them to be in stores, both online and physical ones, so there is no doubt that everyone is on the lookout and carefully following the release dates. So, let’s see what the big titles are waiting to be released and when they are due.

CD Projekt Red seems prepared for another huge project around fantasy series which has the potential to be as big as The Witcher 3. We have heard a lot about Cyberpunk 2077 and it seems that it will be a huge success even though they have announced some delays. The game is suggested to be similar to the games like Thief, Dishonored and Deus Ex. In Cyberpunk 2077 you will be able to find a variety of ways through the game and different situations, and it will mostly depend on the character you wish to develop and choices you make.

The story elements are certainly intriguing, and it has been announced that the big name Keanu Reeves will play Johnny Silverhand, a very important character in the story. He will be a big part of your decision making and guiding through the game, and there will be a lot of gray morality mixed into the storyline. However, the game is going to be big and it may require a lot in order to be fully enjoyed, so you may want to upgrade your gaming PC or get other platforms in order to play in peace.

The Last of Us Part II

This Naughty Dog’s follow-up is probably one of the most anticipated video games of this year since the first Last of Us was a huge success among many players. The Last of Us Part II advances the storyline a few years and it takes a slightly different approach than the previous one. This sequel will focus more on Ellie and her journey across the country seeking vengeance. She is now a few years older and she has gained plenty of survival and fighting skills which she will use to destroy people responsible for what happened to her friend.

You probably already thought that Doom can’t get any wilder and more vicious, and that’s when id Software showed up with Doom Eternal. What separates Doom Eternal from the previous one it’s its new traversal mechanics. You can navigate Hell and derelict space stations and you can do it all with new and updated climbing abilities and hooks wich you can use to latch and swing from platform to platform. This also adds plenty of dynamics to combat and makes it more fun and wild. What is more, they are trying to do something new for their multiplayer mode and they have asymmetrical modes – Battle and Invasion.

Even though Final Fantasy VII is a remake, there is something special about it. It is not a straight remake of the original, but it’s made to be more like reimagining. And this part of the Final Fantasy will revitalize the entire original story. The important story beats, original locations and iconic battles in Midgar are intact, but everything in the game has a more modern flair to it now. Also, there is real-time combat and you can actively level up your attributes, and attributes of your party’s weapons and Materia loadouts. Plus, there will be new characters and events that cannot be found in the original.

The original Nioh has made a great success and the Team Ninja expects to make another fantastic debut into the genre. Nioh 2’s timeline is situated 50+ years before the first game, and you cannot play as a foreign samurai William Adamas. However, you get to customize your own character and start your journey across Japan during the Sengoku era. In addition, you will be able to traverse the yokai realm, you will have two extra weapon classes and you can enjoy a cooperative three-player game in the new multiplayer mode.

If you ever happened to wish for a 4v4 multiplayer melee character action game, then you’re in luck. This isn’t that normally and frequently occurs in the world of games, but Bleeding Edge has done it. It throws you on the map and gives you supplies to style your arsenal for attacks and combos and you can choose from 12 characters who all have their own unique fighting styles. After you pick the arsenal and characters you can proceed to wipe floors with your friends.

There have been some great memes and jokes about Half-Life 3 ever being released, but there may be hope. Even though Half-Life Alyx isn’t Half-Life 3, it’s a great VR exclusive that will be capturing the spirit of the entire franchise and push some boundaries for VR. It’s a canonical story and the story occurs sometime before Episode 2. Your character is Alyx Vence, and her father Eli Vence is the center of the mystery. Even though it’s a VR game, the interactivity with the environment is heightened and you can scavenge for ammo and use magnetic gravity gloves to pull a grenade off a Combine soldier and throw it at them.

The Wasteland series is one of the biggest successes of Brian Fargo’s career and after two first parts, there is now a third. Wasteland 3 promises to deliver some more advanced tactical turn-based systems and it’s also changing the setting to snowbound Colorado. The game is a story-driven multiplayer campaign, but the dialogue systems are new and they were written by the writers from Torment: Tides of Numera. What is more, Wasteland 3 will be a bit more comical than the previous outings, which will be great to pair with the writing team’s talent to write a bit more darker fantasies.

The year 2020 is filled with surprises and games we’ve been waiting for to release for months and even years. This year, a lot of them are scheduled to be released for you to play and enjoy and they all bring some promising storylines, mechanics, and characters.

Bily Bum is an electrical engineer, tech, and gaming fan with 15 years of experience in the technology world. He is also a contributor on site VogaTech.