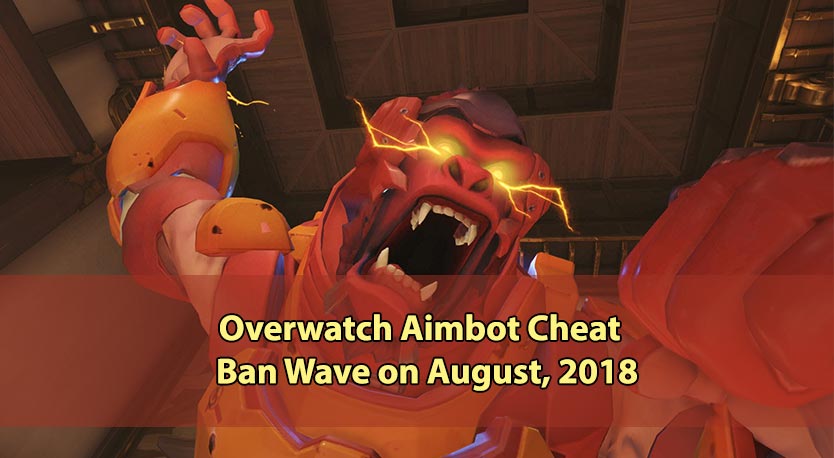 As of today, it seems that Blizzard started issuing an Overwatch ban wave to players found engaging in usage of such software, namely aimbot cheating.

Although it’s still quite early, as confirmed by this ownedcore thread, the alleged software that started being detected is called SharpEye.

If you’re not aware of what an Overwatch aimbot is, it’s basically a third party software that assists you in-game, mostly by automating your aim. Think of Soldier 76’s Tactical Visor ultimate, or McCree’s High Noon. Oh and yes, it is a cheat, and it absolutely is against Blizzard’s and Overwatch’s Terms of Usage, and thus, bannable.

So far, players that got banned as part of this current aimbot Overwatch ban wave were from all regions, and more so, there was no pattern as to the particular game mode they played, rating or anything as such. So, whether they were playing Competitive, Quick Play or even Mystery Heroes, if the anti-cheat system detected SharpEye running on their end, they got permanently banned.

This was also confirmed by SharpEye’s developer, who stated that they’re currently investigating some security related reports, and that for the time being, SharpEye is not safe to be used. This comes as a bit of surprise to its users, as a few months ago, when this very same thing and Overwatch ban wave happened, he said that he has updated his cheat, and that he will do his best to avoid this from happening again. Oh well, it happens.

Now, as with any ban wave, especially for third party usage and cheating, both affected and unaffected players take sides. Some banned players are upset for purchasing the software and getting banned, while others, despite getting banned, are more lenient and even confident that with the new SharpEye update, this will never happen again.

Although this cheating Overwatch ban wave just took place, some of the affected players have said that they haven’t been using the cheat, or even played the game for more than a few weeks now. What this means is, and as Blizzard usually does, even with WoW ban waves, is that they’ve been on to this software for a while, and were just trying to catch as many players as possible before issuing a full blown ban wave.

Here’s the ban confirmation mail that every affected player received upon getting permanently banned from Overwatch:

In conclusion, it’s understandable that the players who were affected by the current Overwatch ban wave are very upset, but then again, Blizzard can’t be blamed for doing their best to keep their game cheat-free, and otherwise protect their playerbase. More so, while we never recommend using any third party software, especially those that do give you an unfair advantage over others, such as this one, if you do still choose to do so, you should never use them on your main account.

Last but not least, should you require our help, especially if you think you’ve been unfairly banned as part of this current aimbot cheat Overwatch ban wave, please don’t hesitate to check out our Overwatch unban service!

Get unbanned from Overwatch!