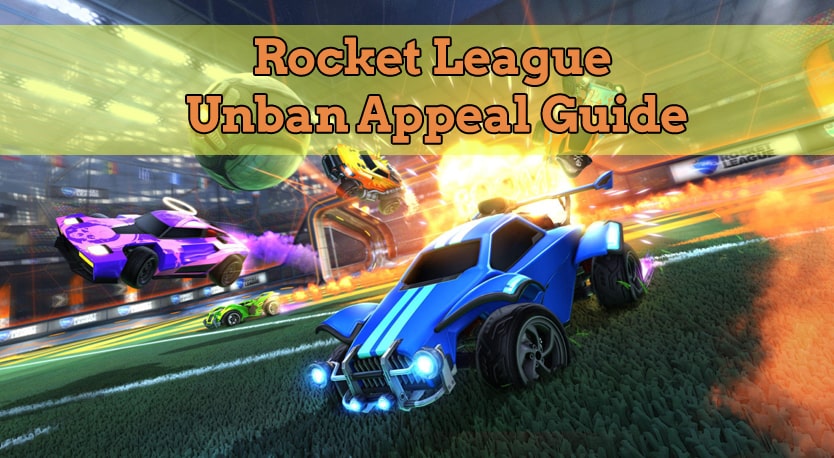 In this post, we’ll go over a step by step guide on how to submit a Rocket League unban appeal should you ever find your account banned from Rocket League.

Rocket League is an extremely popular and fun to play game, yet quite unique in its genre, and if you’re a fan of Overwatch‘s Summer Games Lucioball, then you’re definitely going to have a blast here as well.

That said, Rocket League is soon to become a free-to-play game and also be released on Epic Games as well, which will definitely boost its playerbase considerably.

However, with a larger playerbase and a lot more popularity, also comes competitivity, which in turn, can lead to players either wanting to take certain shortcuts to achieve their goal or simply blow their steam off on others when losing, which can lead to a banned Rocket League account.

So, with that in mind, let’s go over what can get a player banned from Rocket League!

What Can Get You Banned from Rocket League?

Based on the official help request here, it seems that the most common reason for Rocket League account bans is toxicity, especially in the form of racial slurs or hate speech, which is taken very seriously.

Apart from, a player can get banned from Rocket League for the following, albeit not limited to:

Even though the offenses listed above are merely the most common reasons for which players can get banned from Rocket League, it’s best to really try and be your best self when playing the game and steer away from anything you consider negative or that could even remotely be against the rules.

Can You Get Unbanned from Rocket League?

There isn’t a particular answer that applies to all cases, but we will try to divide that in two different scenarios.

In the first scenario, if a player is banned for extreme toxicity, such as hate speech, harassment, racial slurs or real life threats, no, there isn’t much of a chance at getting unbanned, and we are also not able to provide you with our services in such a case.

In the second scenario however, if a player is banned due to what is alleged to be negativity or cheating, although said player is certain they have never displayed such behavior then yes, that player stands a good shot at getting unbanned.

Having said that, let’s now move on to the matter at hand, namely how to submit a Rocket League unban appeal in order to try and get unbanned from Rocket League!

How to Get Unbanned from Rocket League

In order to submit a Rocket League unban appeal, you must first go on their Support Center page here, then proceed to logging into your account (through the correct platform, for example, Steam).

Once you’ve logged into your account, which in our case would be the Steam one, you will now be redirected to the actual Rocket League unban appeal form, which you’ll need to complete as such:

Once everything is filled in, simply press the “Submit” button underneath the form, and your appeal will be sent to Rocket League support for review.

Make sure to keep an eye on the email address you’ve specified in the form, as that’s where they’ll get in touch with you!

That’s all there is to it! Hopefully our guide was helpful regarding your banned Rocket League account, and if you ever require our help, we’re here for you!

We're here to give you the best help in order to get you unbanned from Rocket League!