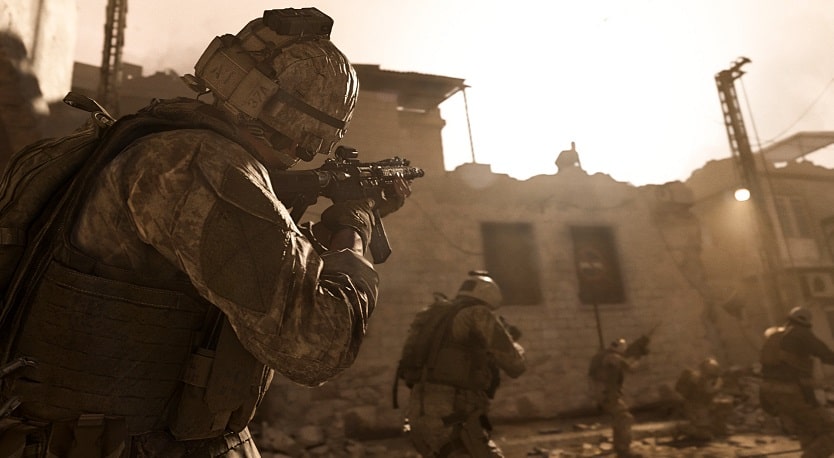 For almost a decade, Call of Duty has been all around modern and then futuristic shooting. They had a recipe that was not changed at all for quite some time. But in recent years, Call of Duty started to experiment, and mostly due to the competition. Battlefield 1 encouraged Call of Duty to bring us WWII, and then we got to go even more into the future, only to have a modern-day story. It’s confusing, but it’s also a sign that Call of Duty is willing to take chances and try out new stuff.

For more than a decade people were furious that they had to pay double the price of a AAA game just to have the complete CoD experience. And now is the first time when they are actually listening and they are removing the pass. That’s something they should have done for a very long time and it’s a clear indication that COD might bring in better mechanics and ideas. In Call of Duty: Modern Warfare we don’t have a pass anymore, however it was rather clear that microtransactions will be added later on to the game.

Then there’s also the fact that they are adding new game modes. For many years CoD has also been about TDM. There are other modes, true, but this is by far the most popular one. With Call of Duty: Modern Warfare and its Gunfight, they are really trying to bring in some clever and unique ideas to the table. CoD tries to establish a simpler yet also as exciting game mechanic that’s different but also rewarding and interesting at the same time.

The zombie mode in the past CoD games has been an absolute blast. But that’s what Call of Duty: Modern Warfare tries to make better. They try to stay away from the repetitiveness they are known for and try out something new. Obviously this mode will come back eventually with a new COD. Yet it’s still great to see that there’s something new coming and they are working very hard to make it more interesting.

Call of Duty: Modern Warfare also adds a very interesting Tamagunchi pet that actually ends up morphing and growing based on how many kills you have. It really tries to be different while learning from the very old games in the series and not the new ones.

Whether this will be the new standard for Call of Duty games, that’s something we will see. Yet at this point, it’s a great step in the right direction!