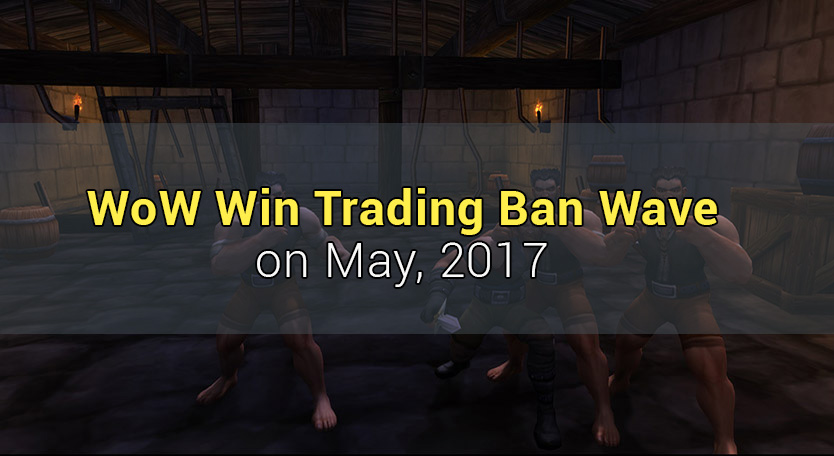 Blizzard has started the month of May with a massive WoW ban wave, targeting players who have exploited battlegrounds by engaging in win trading.

Some say that they started checking players for exploiting battlegrounds as far back as January, which seems to be true, since some players who have engaged in win trading in the past, but haven’t been active on their accounts for 3-4 months, got hit this month.

Most players, if not all, got perma banned from WoW, and some say it’s extreme because it’s the first time when they get banned, and they were expecting a 6-month suspension. Blizzard usually gives perma bans for PVP exploitation, regardless if you’ve been banned before or not, so there’s not such a big surprise there.

A lot of false positives allegations

There are also a lot of allegations regarding false positives – players being banned without engaging in win trading. For example, some queued up against teams that didn’t join at all, so if this happens to you a couple of times, then a script could easily consider that you are win trading, and you’ll get banned.

Some engage in win trading, but they do it wrong, and you can get caught up in it and get perma banned. Therefore, it’s not very hard to believe that there are a lot of false positives out there.

Here’s a video of a player who talks to a GM, and claims he was wrongfully banned. The GM also confirms the ban wave. Don’t know why he added a Swifty thumbnail to the video ^^.

If we’ll get some more news, we’ll update the post.

If you didn’t dodge the ban, don’t forget, our WoW unban service is here to help with getting unbanned from WoW!