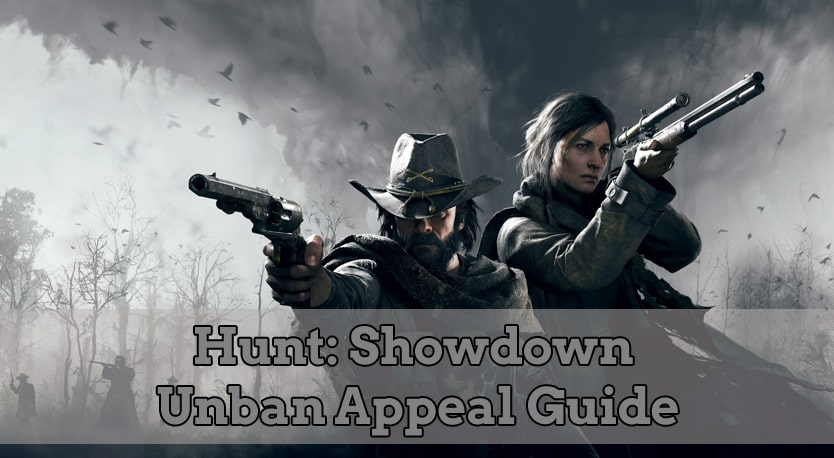 In this article, we’ll cover the steps on how to submit a ban appeal in order to get unbanned from Hunt Showdown!

Although it can also be described as a Battle Royale with its Quickplay mode, Hunt Showdown brings quite a few unique elements to the table, such as the Bounty Hunt game mode, where you can play either solo or as a part of a team to do just that, namely completing bounty contracts.

Regardless of the game mode you play, Hunt Showdown is a very competitive FPS game, where only the best player or team can win and thus, players need to everything they can in order to achieve victory.

That said, as with every competitive online game, some players might choose to take certain shortcuts or make use of unintended things to achieve said win, which in turn, can and will lead to them getting banned in Hunt Showdown.

With that in mind, let’s go over the things that can lead to an account being banned in Hunt Showdown, as well as what you can do to avoid being in said situation.

What Can Get You Banned in Hunt Showdown?

Even though there are quite a few reasons for which a player can get banned in Hunt Showdown, we’ll list the most common ones below:

Although these are the most common Hunt Showdown account ban reasons, you can find the entire Code of Conduct here.

Now that we’ve established the bannable offenses and what you should avoid doing, let’s see what you can do in order to get unbanned from Hunt Showdown if you somehow find yourself in this unfortunate situation!

How to Submit a Hunt Showdown Unban Appeal

Based on the type of ban received, you might also want to check how to appeal it via EAC, so below, we’ll cover the developer issued ban.

This will land you on the actual Hunt Showdown unban appeal form, which you’ll need to complete as such:

Once everything is filled in, press the red “Send” button underneath the form, and your appeal will be sent to the game’s Support department for review.

That’s all there is to it! Hopefully our guide was helpful regarding your banned Hunt Showdown account, and if you ever require our help, we’re here for you!