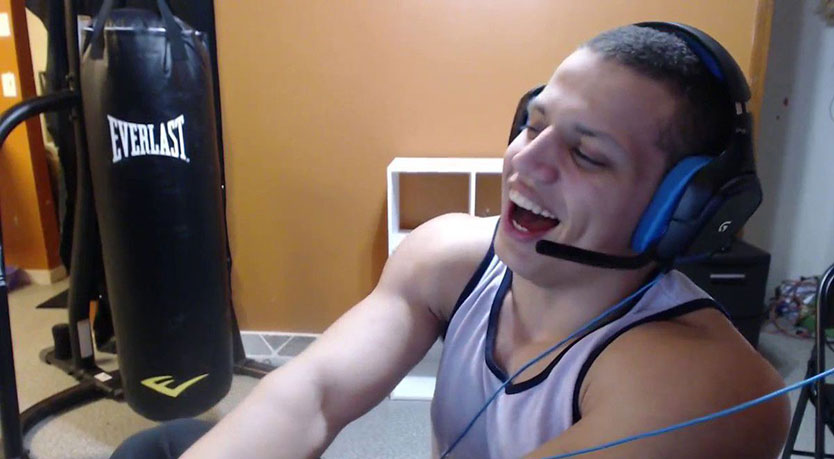 Nothing but complete and utter professionalism from Riot when Tyler1’s name came up on their discord server.

Aaron Rutledge, better known as Riot Sanjuro, has basically nuked Tyler1 by saying he shouldn’t be much of an issue anymore, as he will “die from a coke overdose or testicular cancer from all the steroids, then we’ll be gucci”.

Pretty non-gucci statement from the most uptight company when it comes to toxicity, isn’t it? 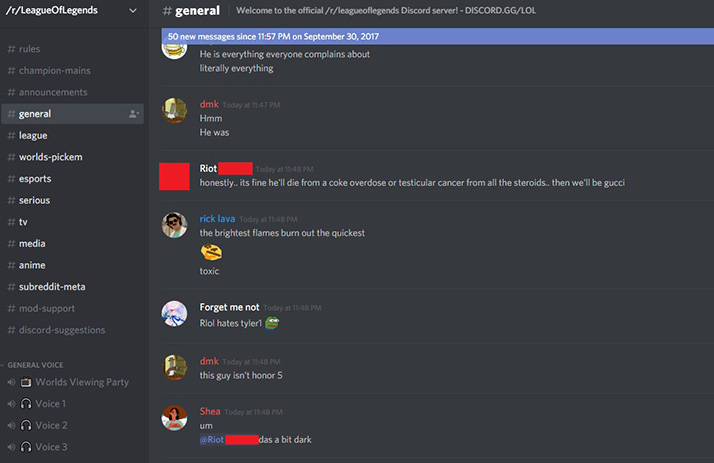 Furthermore, Riot Sanjuro went to say that if Tyler1 were to be unbanned, he’d go on making 100k+ a year being a d*ck in a game he didn’t make, called him a “humunculous” (wat?) and that the latter has caused him a lot of issues in his life, although that’s probably a bit far fetched.

Now, we all know that Tyler1, aka “most toxic player in NA”, is by far not a calm nor the type of player you’d want in your game, but even after banning more than 20 of his accounts, this is still not even remotely close to the way the issue should’ve been addressed, especially by the lead experience designer.

Furthermore, Tyler1 has disaffirmed that he ever did steroids or coke, saying that he never drinks alcohol, soda, doesn’t take any drugs nor steroids, and that he haven’t had a soda since 8th grade.

It really sucks that some people still hold a massive grudge vs old T1 and refuse to acknowledge I’ve changed.

It is understandable that frustration can lead to these type of outbursts, despite the position one holds within a public company, which has also happened to Jeff Kaplan, game director for Overwatch, but at least he kept the reply game related, and the way he apologized, shows that he truly did make a mistake he regrets.

Riot Sanjuro has also issued an apology, saying he’ll take some time away from Reddit, discord and in-game chat to reflect on his communication with players. Seems like he has all the time in the world now, that he also took some “time away” from Riot as well.

If you’d like to see Tyler1’s response to what Riot Sanjuro has been said, here’s a video about it:

Bottom line is that if you’re not good working with people, you just shouldn’t push yourself to doing it anyway. And even more so if you post under the nickname that represents the company of one of the most popular games in the world.

It’s understandable that frustration can make you say things you don’t mean or wouldn’t say otherwise, but if you stoop so low as to wish someone to die, then you’re not better than the people you try to keep away from your game, such as Tyler1.

I mean, let’s face it, thousands of players have been permanently banned from League of Legends for what was deemed to be “toxicity”, despite not coming even close to what Riot Sanjuro has said, so I think it’s only fair he was let go from the company.

Need help with a LoL ban?

We're here to give you the best help in order to recover your LoL account!