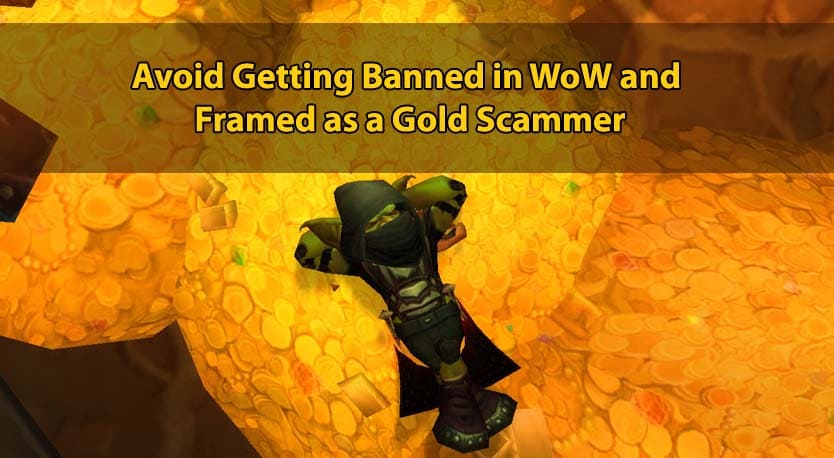 For a few days now, according to this mmo-champion post, some ill willed players are going around in capital cities of WoW, advertising what seems to be “legitimate” in-game carries or certain other services in exchange for gold. Now, so far, this would be perfectly fine, as long as you pay them with in-game gold, and they in exchange provide you with the service, without sharing your WoW account or anything else against the rules.

The problem is that, these guys, usually come on level 1 characters on starter accounts (not trial, as they can’t trade), take all of your gold, and then instead of actually providing you with any service – they disappear, thus scamming you. More so, out of ill intent, they go around to other normal players, and trade them all of this gold. Now, most players honestly see this as a random act of kindness, and thus accept the trade, not knowing they’ll get their WoW account banned for it, and also framed as gold scammers.

On top of that, before they scam the very first player with the promise of an in-game carry, they have an entire chat about the whole deal in-game. This will later be used by Blizzard to confirm that the first player actually was paying for an in-game carry, and instead, his gold, scammed by the level 1 player, ended up to you, a player just hanging around at the wrong place and the wrong time, who also clicked on “Accept trade”. What a thing, huh? 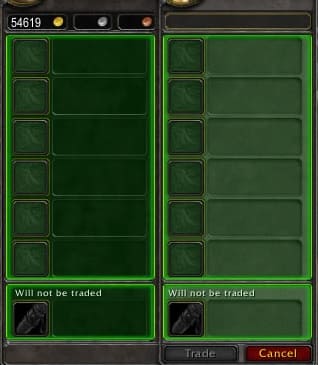 Now, the problem is that while this will most likely get you banned in WoW, it can be explained to Blizzard Customer Support, right? Well, not really, as you can’t actually prove that you weren’t in any way affiliated with whoever scammed those players, and unfortunately, Blizzard isn’t very keen on believing these kind of conspiracy theories. They can also assume you were speaking to the actual scammer on Discord or Skype, so there isn’t really any proof at all you can submit to them, as part of your defense, and regardless of your innocence.

The thing is, most players out there think this can’t happen to them, nor that this will get their WoW account banned, and they’re somewhat right, as chances for someone to do this completely at random just to get someone banned are quite small. However, this can and has happened already to players who had a beef with someone, such as kicking them from the guild (in the case of a WoW Guild Master), or ganking them in world PvP and so on, which led to them getting banned in WoW and accused of gold scamming.

So, how to avoid getting banned in WoW for this thing?

Well, it’s safe to say that beef or no beef, you should NOT accept any random gold trade from players you don’t absolutely know, or without at least asking them in-game (yes, in the actual game, even if you know them, to constitute as proof), what the gold is for. More so, even if they won’t report you to accuse you of gold scamming, they can do so and claim you purchased that WoW gold with real life money. That is called rmt (real money trading) and it can and most likely will get you banned in WoW.

While chances this can happen to you, out of the blue, are quite small, the chances that someone might be holding a grudge against you for some event in some guild you don’t remember of, are actually quite possible. And what better time to take such a grim revenge than now, when every player is looking left and right to buy in-game WoW carries since Battle for Azeroth was just released!

Last but not least, should you require our help, especially if you’ve been banned from WoW under these circumstances, please don’t hesitate to check out our WoW unban service!