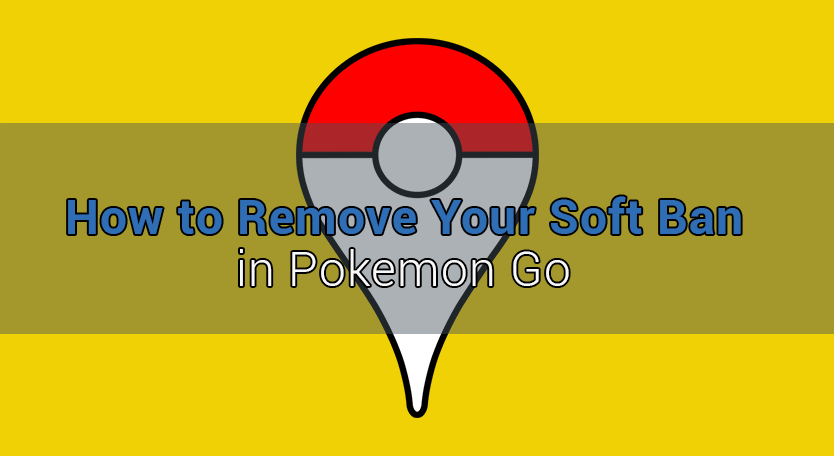 Caution! Fake info regarding some sort of ban removal tool!

We’ve noticed that a lot of websites are promoting some sort of ban removal software for Pokemon Go, which they say we developed. Well, we haven’t, we only wrote this post! We don’t know what type of software is roaming out there, but it’s not made by us, so be careful what you download!

Whether you’ve got yourself a soft ban in Pokemon Go for GPS Spoofing, traveling too fast (apparently playing while in a car on a highway, obviously as a passenger, can get you soft banned as well) or sharing accounts, iBananaa from OwnedCore found a solution to fix it!

If you’re experiencing the Catch Flee soft ban instead of the regular one, make sure to check this article!

For a permanent ban, check out our Pokemon Go unban appeal guide!

If you suspect you’ve been soft banned, there is a very simple way to check. Basically, the way the soft ban works is that ANY pokemon you’re trying to catch will escape your ball (regardless of the ball type or berries used) and will instantly flee as well, thus being unable to catch any pokemon while soft banned.

Another soft ban symptom is that you can’t loot anything from pokestops, even though you’re actually spinning the circle; you won’t get any rewards, as well as being unable to win any gym fights.

What can get you soft banned

There isn’t quite an actual official list on the offenses that can get you soft banned, however, many people have been the subject of such timeouts due to the following reasons:

The timeout penalties applied while soft banned don’t seem to be much relevant for the particular violation, however, it’s safe to say that jumping continents by GPS spoofing is the most serious and longest penalty applied (up to 12 hours sometimes).

For more information about soft bans, as well as theories and research, there’s an interested reddit thread about it.

How to remove your Pokemon Go soft ban

First of all, you want to make sure that you single out the reason for which you got banned, for instance GPS spoofing. If you were in New York and accidentally (or not) jumped to Germany, you should open Nox (or other app/phone), set your location to the initial one (in this case, New York) BEFORE opening Pokemon Go, and then open the game, thus being back where you started.

Secondly, walk to a pokestop, spin it and close it. You won’t be getting any rewards from it, however, doing so up to 40 times (or until you finally receive the rewards) will remove your soft ban.

Even though there is no official word on whether or not soft banned Pokemon Go accounts will be “flagged” for future reviews, it’s still pretty risky doing it on purpose, as we don’t know what Niantic has in store for us, and with the alleged trading features coming in future updates, they might start to take this kind of behavior much more seriously.

We never encourage cheating in any game, but if for some reason, be it health or anything else, you can’t leave your home to enjoy the game, we highly suggest you close the game for a few hours and allow it a humanly-possible time to travel between the locations you want to get to via Nox or other devices.

Hope you guys have enjoyed this post and found it helpful, and if you have any comments or suggestions, please don’t hesitate to let us know in the comment section! Have fun and good luck catching ’em all!