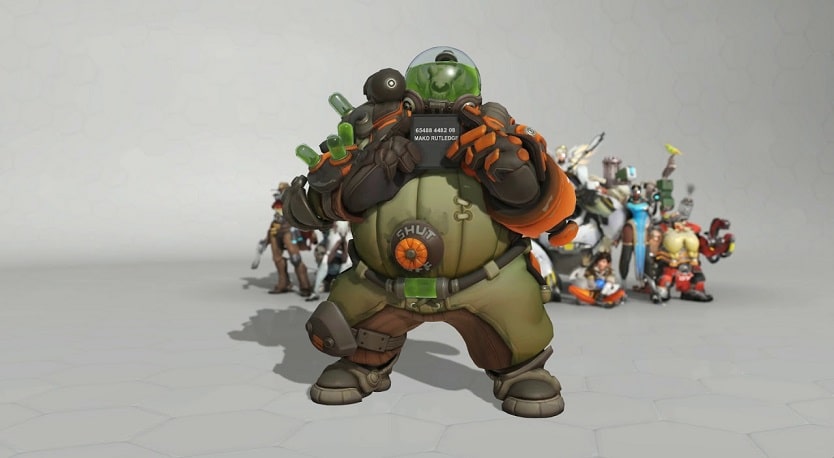 Before we go into details about why the Overwatch silence penalty itself hurts competitive games, it’s worth mentioning that indeed, extremely toxic players can and most likely do hurt ranked games a lot more. That being said, this isn’t a post about Overwatch toxicity not being bad, just about the penalty itself, which can hurt the entire team.

Now, as we all know, Blizzard has started taking a much more strict stance against toxicity in Overwatch, which is good for the game and its community, however sometimes, the penalty issued for the above mentioned offense can result in some bad games, and we’ll go over that in this post.

With that in mind, let’s start by going over what the Overwatch silence penalty is.

What is the Overwatch Silence Penalty?

Essentially, the silence penalty consists of 6 days (for the very first offense or the very first time you get punished) of complete silence in-game. This means that for 6 days, you are unable to chat or speak through voice chat anything in game, party or match, regardless of what you want to say or to whom (apart from friends through whispers).

You are however able to communicate only through the in-game Overwatch calls, such as “Need healing”, “Attack the objective”, “My ultimate is ready” and so forth, but nothing else.

Of course, you can still submit an Overwatch unban appeal in order to have the silence removed.

How to tell if you got silenced in Overwatch?

I’ve seen a lot of people asking this, and quite a few of them mistaking any Overwatch voice chat problems with an actual account silence, which can’t ever be the case. We say that, because if you’ll get silence in Overwatch, you’ll know.

Basically, if you got reported (mass and false reports count as well) a few times for actual negative or even toxic behavior, you’ll be met with the following warning upon logging into Overwatch.

The purpose of this warning is to get your attention that you’re on the “right path” to getting silenced or even suspended.

However, if the logs in question pertain to extreme toxicity, you might get suspended or banned from Overwatch right away, so you should really take the warning seriously.

Now, we said that if you got silenced in Overwatch, you’ll know, and that’s because of the red warning that’ll be displayed throughout the 6 days of penalty, no matter what you do (except for maybe hiding the chat with Ctrl+Shift+C), to constantly remind you about it.

On top of that, you’ll be met with the following message every single time you log into the game during these 6 days of being silenced in Overwatch.

The issue here however isn’t if you can tell whether or not you’ve been silenced from Overwatch, but if other players are, as it’s also been discussed in multiple forums and places, which brings us to the issue at hand, namely that the Overwatch silence penalty can hurt competitive games.

How can Competitive Games be Hurt by the Overwatch Silence Penalty?

Well, while the silence penalty does what it’s supposed to do, namely punishing a toxic player, it also sort of provides a disadvantage to the team that will have silenced players on their side, as no matter what, they will not be able to combine ultimates or work together as a team through voice or chat.

Ironically, being silenced from Overwatch can make you look like a thrower, unless you do exactly what you’re told by the team, since you’re not able to tell them why something isn’t a good idea, or that you can’t swap to a different character because you can’t play it and so forth, which can also attract more reports and so forth.

While Overwatch has quite a few in-game voice lines, they are however not enough to completely replace what voice or chat can provide to a team, and by far not enough to actually combine something together or for example, tell your team to go right side, because you’ll use Symmetra’s teleporter on the point.

Moreover, let’s not forget that toxicity can be very subjective (apart from some obvious cases of actual life threats / racism / harassment), on top of getting false reported even maybe for being too vocal in voice chat, so there are cases where some players can get silenced for 6 days without actually being toxic, and thus, you’d discourage a vocal player from shot calling.

What can be done about the Overwatch Silence Penalty?

Of course, the answer to this isn’t that we should ignore toxicity or toxic player, nor that they shouldn’t be punished, but that maybe it should be done in a manner to not put their teams at a disadvantage, as it’s also been discussed on the official forums.

Here are just a few ideas:

It goes without saying that there can be reasons for which some of the above ideas wouldn’t work, but that still doesn’t change the fact that being silenced in Overwatch can put your (innocent) team at a disadvantage and even make you look like a thrower.

That being said, if you guys have any other ideas on what can be done to improve or replace the Overwatch silence penalty, please feel free to drop them in the comments below!