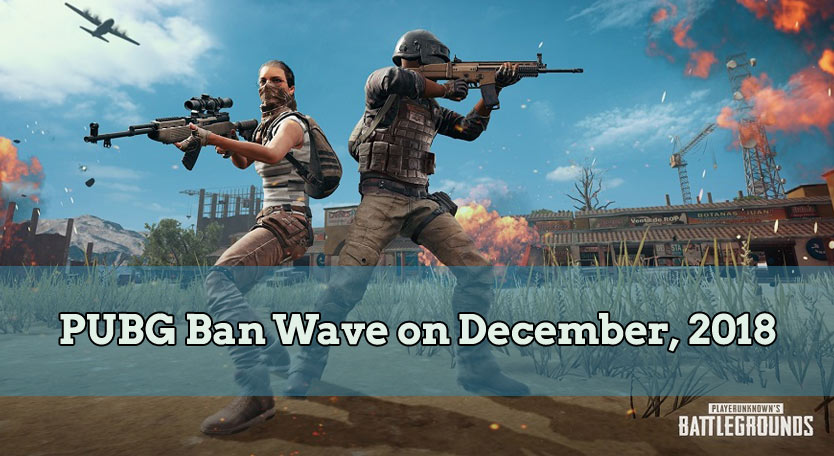 It seems that PUBG has issued an update on December 19, 2018, which caused a massive amount of players to get banned immediately after, for accusations of cheating.

Despite a large number of players claiming that the bans were issued to allegations that took place up to 7 months ago, most affected players claim the issue was in regards to xRadar, although that has not been officially confirmed.

Now, the thing is, while xRadar uses a VPN in order to function properly, a lot of the players affected by the current PUBG ban wave claim their only issue was using a legitimate VPN, and not an actual cheat. VPNs are allowed to be used in relation to PUBG, and it’s also been confirmed by the devs.

Although the xRadar software is said to be undetectable and cloud only, an EPvP user claims that even though you’re hosting it on a diffrent computer, it required a hosts file modification in order to run.

This has enabled PUBG, through BattlEye, to pick up on those modifications and issue this PUBG ban wave in question.

Essentially, what xRadar does is that it allows its users to play PUBG through their own VPN, which captures the network information and packets, data which will be sent to you, along with information such as enemy players’ position and item spawn places.

The feature behind xRadar that enabled them to claim it was undetectable is that you can run this software from any other device, such as tablet, phone or even a different computer, and thus not actually attaching itself to your own PUBG account. It’s really interesting though how BattlEye was able to detect xRadar, if they indeed detected it, before issuing a PUBG ban wave.

A way in which PUBG was able to see the software running would’ve been through detecting any DNS modifications on a player’s end, and for that reason, the current PUBG ban wave has most likely included a lot of false positive bans as well. This was somewhat confirmed by players who claim to not have been using the software for months now, but forgot to clear the hosts file.

What to do if you were affected by the PUBG ban wave?

Well, if you’re among the unlucky players hit by the current PUBG ban wave, especially while innocent, first of all, don’t panic!

Now, naturally, the only way of handling a PUBG ban is through appealing it. However, if you’d like to get professional help with your ban appeal, you can always check out our PUBG unban service!

Can you get unbanned from a PUBG ban wave?

Of course you can, especially considering that ban waves are the most likely types of bans where a lot of false positives can happen. Banning thousands of players at once is bound to hit a few unrelated cases.

It goes without saying though that not everyone can get unbanned, however, regardless whether or not you’d like to purchase our services to help with the PUBG ban wave or if you’d like to appeal the ban yourself, here’s proof that unbans can and do happen! For more, you can check our testimonials section.

If the images aren’t readable, please Right-Click on them then press Open image in a new tab.

We're here to give you the best help in order to get your PUBG account unbanned!