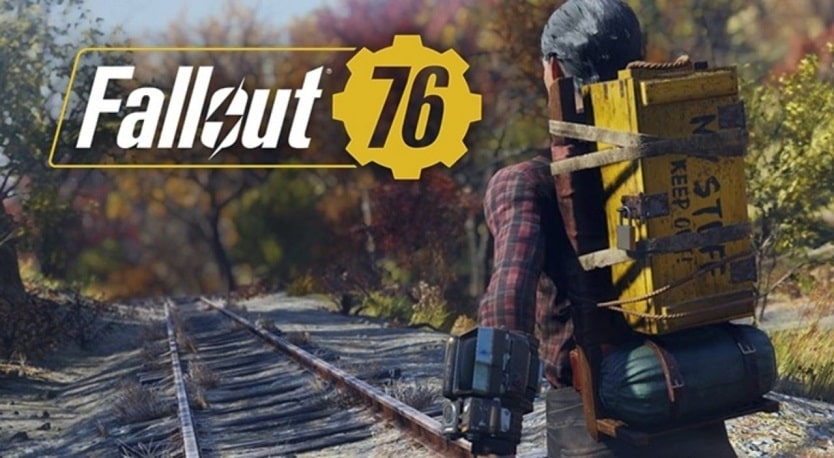 It felt like Bethesda had rushed the release, and its poor quality meant that a lot of avid Fallout fans, myself included, turned our backs on the game.

Since then, Bethesda has released 20 patches and partial patches. As a result, server issues have been fixed. Bugs have been patched. Quest lines and additional stories have been added. In short, the game has been improved. A lot.

But Bethesda still has some work to do to turn Fallout 76 into the game that it should have been in the first place. Fortunately, they know that.

In the fall of this year, we are due a major DLC release called Wastelanders. Wastelanders will bring one of the most regularly requested additions, in the shape of human NPCs. Two human factions, the settlers and the raiders, will be added.

Previous DLCs have introduced new factions as a way of adding additional storyline. For example, a fairly recent patch added the Pioneer Scouts. Running through this quest line nets players a backpack that increases carry weight (look for the quest called The Order Of The Tadpole if you want the extra backpack space, by the way). Like all previous games in the franchise, you will need a lot of space to carry things like aluminium, adhesive, and ballistic fiber in Fallout 76. The backpack was a welcome addition. Almost a virtual apology from Bethesda to those that continued to trust them.

Bethesda has said that there will be limitations to the NPCs. In particular they will be limited to confined spaces. Reading between the lines, it would seem that they will be placed in areas where weapon use is restricted, making it impossible to kill the NPCs and prevent other players from conversing with them.

With the human NPCs will come branching dialogue choices, and the decisions you make will have consequences throughout the game.

The dialogue choices have been described as being more like Fallout 3 than 4. And this isn’t a bad thing. The simplified dialogue options in Fallout 4 gave players four options, but the actual words used by the character were rarely an accurate depiction of the choice made. It was all a bit hit and miss. Fallout 3, on the other hand, let you choose exactly which statement, question, or answer that your player would give.

Not only will this update see new NPC factions added to the game, though, it will also reintroduce companions. Dogmeat was a favourite feature for a lot of people, in Fallout 4, and so too were the likes of Cait and Nick Valentine.

Again, however, there will be limitations. It sounds like your companion will only offer companionship in your camp. But, it does sound like they will offer a full companion experience, with romance lines opening up. Best make sure you’ve tidied your camp, if you want to make the right impression.

You can also expect plenty of new weapons, armor, enemies, and activities to take part in. With previous patches and DLC, Bethesda has staggered the release, with each patch coming as a collection of sort of mini patches. There is no reason to believe that they will change their approach this time around, so expect Wastelanders to drop over the space of a few weeks.

No firm date for Wastelanders has been announced, but it is expected in fall this year, so it really isn’t too far away now.

Wastelanders is a significant update to Fallout 76, but it certainly isn’t the only major update they’ve launched.

June saw the introduction of the Nuclear Winter update. This is a new game type and gamers won’t be surprised to hear that it is a battle royale. Every game seems to have to bolt on some variant of a battle royale game mode. I’m surprised that EA hasn’t announced a 100 player survival mode in their upcoming FIFA 19 title, to be honest.

Bethesda’s take on the genre is, at the very least, a bit different. For a start off, you don’t parachute in. You can equip perk cards to your character.

Players also have the opportunity to collect nuclear warhead codes, crack those codes, and then use them to launch the warhead and turn areas of the map into irradiated wastelands. High level enemies will roam these areas, mopping up any players that managed to survive the initial blast.

You won’t, as yet, find any other battle royale that hands out a weapon as powerful as a nuclear warhead.

The New And Improved Fallout 76

Despite initially putting Fallout 76 down, and labelling it as basically unplayable, we picked it up and gave it another go not long back. The improvements made so far mean that it is a playable and enjoyable MMORPG. With the further improvements coming with the Wastelanders DLC , it is only going to get better, and it seems highly probable that Bethesda will continue to make great strides with the game – it is still a shame, however, that a lot of these ideas weren’t included in the initial launch.

Matt and Rick are avid gamers, and reformed Fallout 76 lovers. When they’re not wandering the wastelands in search of scrap, they can be found writing about it at gaming-reviews.co.uk, while also giving they’re opinions on the latest releases and the latest gaming news.

We're here to give you the best help in order to get your Fallout 76 unbanned!