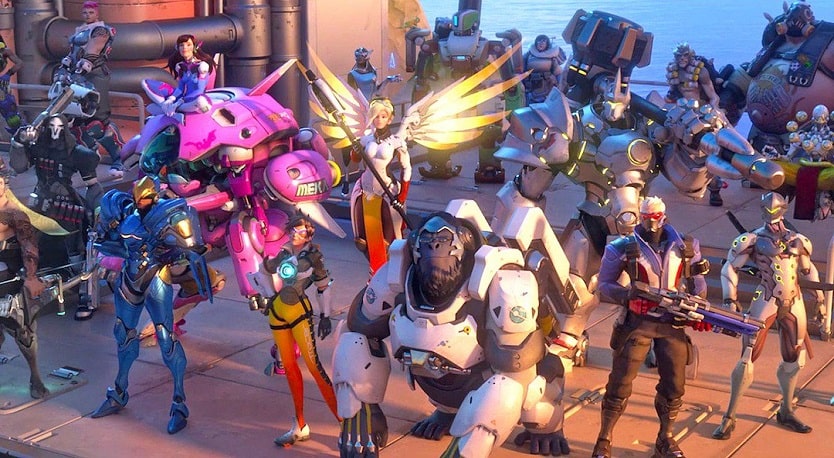 So, you’ve played a couple of Overwatch matches, and you want to elevate your skills? Whether you are a casual player or a beginner looking to have your name up in the ranks, there are key things that you should take note at this point.

Before getting drowned in the nitty-gritty of various strategy guides and hero profiles, there are a few key things that you need to improve. Here are a couple of tips to improve fast and get better in Overwatch.

If you are used to playing first-person shooter games, then Overwatch might feel very different than what you are used to. While it may bear similarities with most FPS games, it is not Call of Duty or Counter-Strike.

You will never get ahead with having the best kill-death ratio in this game. Going on a killing rampage while playing Escort or Hybrid will get you nothing. Being on your own during an Assault or Control match will just earn you the ire of your teammates.

The most common mistake that gamers often make having the same mindset in Overwatch as they do on Fortnite, Apex Legends or Player Unknown’s Battlegrounds. The game mechanics may look similar on the surface but understanding the underlying difference of Overwatch makes significant improvements in how you play the game. (Hint: Overwatch is not a battle royale game.)

Moreover, you should be familiarizing yourself with the maps. This includes escape routes and alternative paths to your objective. It will allow you to form a general strategy for your self and your team.

Learning about the heroes is probably the first thing you did when you started playing Overwatch. With currently 30 heroes (and more in the future), it is quite fun testing out a different one every match.

However, playtime is over, and it is time to hone in on a handful of characters. Improving fast in Overwatch means doing a few things and doing it well. But, where do you start?

If you are still starting out but want to get a feel of the game right away, Soldier 76, McCree, Lucio, Reaper, and Pharah are good entry point characters if you are coming from another FPS game.

While it is a natural instinct to choose DPS heroes, it is better to test out at least two from each role. You may like being a Tank, Defense, and Support more than the usual shoot-and-kill mechanics of DPS.

Once you have your pick of three to four got-to heroes, it’s time to practice. Figure out their skillset and determine how it fits with your team and your current gameplay. Know how your heroes can counter others. Watch out for your weaknesses and determine how you can use strategy and teamwork to avoid getting killed.

Strategize with Your Overwatch Team

Speaking of teamwork, team coordination and strategy is what sets Overwatch apart from other FPS games. Quick Play is a good practice arena where you start to figure out how to work with other people. Also, practicing with your friends will help you to experiment more.

While raw skill is definitely an advantage, having coordinated plays will get you much farther than playing like individuals who happen to be in the same group. Success in Overwatch relies on how you work as a team.

Coordinated plays require knowing your role and doing it well. As such, if you are a tank, forge a path into enemy territory while a DPS leads the kill ratio. If you are a healer, you should watch over your teammates as much as you are focusing on the enemy.

Also, learn when to unleash your ultimate abilities as a team. Consistent, coordinated plays do not happen by relying on the star of the team. You will have greater chances of success when each of you knows when to use their ultimate ability that will result in higher damage.

Communication is the key. Be aware of each of your teammate’s position on the map. Talk to your teammates and apply strategies. Be flexible and adjust accordingly to the situation and objective. The best teammates are those who can coordinate well and give you valuable feedback on the fly.

Your skills will get you at some point, but without the proper tools, you will never get to where you wanted. Gaming rigs are complicated to figure out. While high-end set-ups will definitely get you the best experience, not all of us can drop $2000 for a gaming PC.

A decent combo of Pentium Gold G5400 CPU and Gigabyte NVIDIA GT 1030 is definitely a good start. Both the CPU and GPU will allow you to play Overwatch with reasonable computing power. Of course, it means you’ll have a decent rig for other games as well.

For other parts, a standard 8GB RAM should not create any bottlenecks in the performance along with a suitable motherboard such as Gigabyte H310M S2P.

At a starter mid-level gaming set-up, choosing the right accessories will get you playing better in no time. Begin with the affordable Cougar Puri TKL Mechanical Keyboard which will give you the closest performance to high-end gaming keyboards without breaking the bank. While it will not give you any fancy RGB lighting, its bright white backlight with various settings is more than enough to show off.

Pair your mechanical keyboard with a Cougar Minos X5 Gaming Mouse. It offers similar sensors used in gaming mice in competitions. It feels lighter and relatively cheap, but it will get you the best performance at this point.

Moreover, we’ve highlighted the importance of communication during an Overwatch match. So, equip yourself if Turtle Beach Battle Buds. Most gamers will opt for an over-ear headset, but using gaming earbuds will give you multi-functionality and comfort even during competitive games. You can use it with a PS4, Xbox One, or Nintendo Switch. If you prefer different gaming buds, check out an in-depth review of the best ones here.

As you progress through Overwatch, you will be focusing more on finer techniques. Here are a few that you can use at this point:

Keep the tricks in mind, understand the mechanics of the game, and use the best tools that you can afford. In no time, you will be ranking during competition while enjoying the Overwatch experience.


Hayk Saakian is a software developer and an entrepreneur with years of experience working with clients in various industries. His expertise in online marketing and lead generation is helping businesses generate thousands of search visitors a day. Hayk also writes consumer product reviews, in-depth tech analysis, video game write-ups, and more. You can see his latest work on his website.