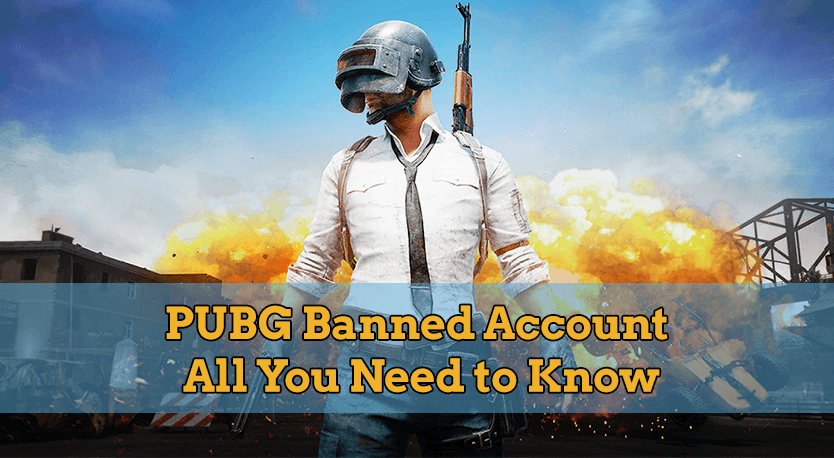 In this article, we’re covering everything you need to know about a PUBG banned account. Starting from the reasons behind banned accounts, all the way up to how to get unbanned from PUBG!

Before that, keep in mind that a player getting banned from PUBG is not always equal to them being guilty. In fact, you’d be surprised at how many cases of banned PUBG accounts happen as a result of false positives or false reports from other players.

For example, here’s an article about how the famous Twitch streamer Forsen got his account banned from PUBG. Twice, in just one week. According to the article, this is likely due to multiple false reports against Forsen, by other players. In turn, this triggered the system to issue an automated ban.

Now, of course, not everyone is a popular streamer. Even though this is a rare incident, it proves that these things can and do happen. In fact, it even happened to PUBG’s very own community coordinator.

So, let’s go over some info about PUBG banned accounts, including how to avoid or appeal them.

There are quite a few reasons behind PUBG banned accounts, but we’re focusing on the most common ones here. However, if you want to review their full Terms of Service, you can find them here.

That said, the most common PUBG account ban reason is cheating, for example third party software (radar, auto-aim, no recoil and such). It’s important to know that cheating related bans almost always receive a permanent PUBG ban. On the other hand, apart from actual false software detection bans, a high kill-streak can also cause a temporary ban (72 hours), as discussed on this reddit thread.

The second common PUBG ban reason is teaming with other players. Teaming in PUBG means joining forces with other enemy players in order to defeat other opponents. This of course applies mostly for the Solo game mode, but if you do it in Duo or Squad, it will still get you a ban in PUBG.

The third and last common PUBG ban reason is due to behavior and toxicity. This includes toxicity, offensive names, refusing to participate in the game and so forth. This is likely a temporary ban, but based on the gravity of the situation, it can also be a permanent one.

The conclusion here is to avoid any cheats and anything that can result in a report, and just go about your game. This includes things you can control, like name calling, annoying others, teaming up, being toxic.

As for the things you cannot control, those are basically related to false positive PUBG account bans. In that regard, your best bet is to not use any heavy, obscure or unofficial computer software alongside PUBG, whether it’s for work or anything like that, as that could trigger a false cheat detection.

Can You Get Banned from PUBG for Using a VPN?

VPN usage is a grey area with most games, and PUBG is no exception. Despite that, the PUBG team stated multiple times that VPN usage is not a bannable offense per se, but it’s generally best to avoid it if possible.

Generally, PUBG bans in relation to VPNs happen due to what they call “suspicious actions / unusual patterns”. Essentially, what this means is that the game believes a different player is playing on your account. Pretty much like getting a boost or a carry.

While on this subject, another issue is with super good games, where you have a 15-20 kill chicken dinner. VPN or no VPN, this too sometimes causes a temporary false ban, of about 72 hours. Unfortunately, there isn’t anything you can do to prevent this, apart from playing from the same computer, location, IP and such.

Unlike the account ban, where you can simply start playing on a brand new account, a PUBG HWID ban prevents you from playing on that computer altogether. However, they are quite rare, as opposed to Valorant HWID bans, for example.

PUBG HWID bans come as a result of software cheating accusations, and it’s up to you to figure out if it’s an account or HWID ban.

That said, the easiest way to figure it out is to play on a new account. If nothing happens after a few days, you should be fine. If that brand new account ends up with a ban after a few days, it means your computer is HWID banned. You can fix this by appealing the ban or by buying a new or different computer.

How to Avoid Getting Banned from PUBG?

To recap, here’s how you can avoid a PUBG account ban – or at least do your best to:

In a nutshell, avoid anything that’s against the rules, as well as anything that warrants a report from other players. This way, you know you did everything within your control to avoid a PUBG account ban and chances are, you won’t receive one. However, in the unfortunate event where that does happen, you need to submit a PUBG ban appeal.

Although we have a dedicated PUBG account unban article, we’ll address it here as well, in a more concise form.

So, if your account got banned from PUBG, you need to submit a PUBG ban appeal directly to their Support website, here.

On there, make sure to fill the form with the correct info regarding your account. Use an email address you frequently check. For the Steam ID, you can use this tool right here.

The description is the field where you write your PUBG ban appeal, that’s where we come in handy, providing you with our professional and customized unban service, designed to help you get unbanned.

We're here to give you the best help in order to recover your PUBG account!