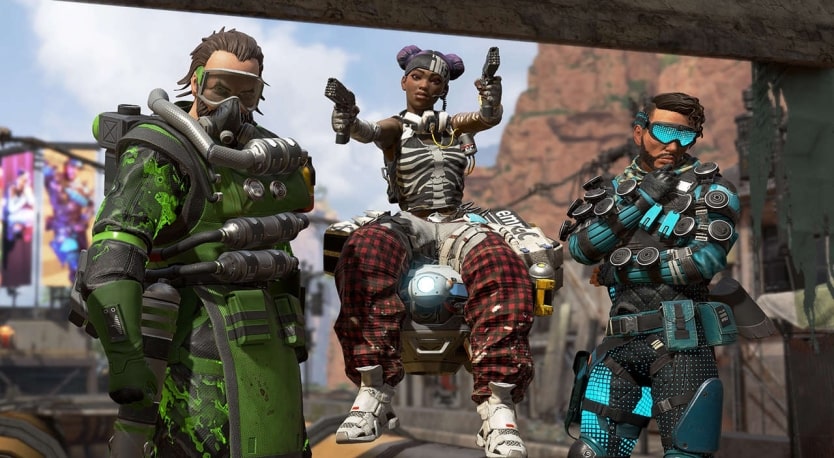 Although at the time of writing this article, the latest Battle Royale game isn’t even 2 weeks old since its initial release date on February 4, 2019, it has already issued its very first and quite large Apex Legends ban wave!

This is a pretty strong move from Apex Legends, considering that cheating isn’t very unusual in Battle Royale games, and considering their competition also issues ban waves, such as in Fortnite or PUBG. That being said, Apex Legends probably holds the “record’ of the fastest issued ban wave since release, which not only goes to show how serious they’re taking it, but also the speed with which cheat developers are moving as well.

This has also been confirmed in a reddit post, where it’s stated that the current Apex Legends ban wave has hit more than 16.000 players, accused of using various third party software, such as aimbot, ESP hacks and such.

The post also encouraged other users to help them identify more cheaters by submitting as much evidence as they can get, or at least report them through this form, thus helping Apex Legends become a much more fair environment.

That being said, if you’re not exactly aware of how these cheats could impact the gameplay, or why the current Apex Legends ban wave took place, let’s take a look at how they function!

How do Apex Legends cheats work?

Essentially, unlike other games, such as MMOs, where you have gathering or fishing bots, Battle Royale games (such as Apex Legends, Battlefield 5 Firestorm, PUBG or Fortnite) and FPS games (such as Overwatch), have what it’s commonly called as aimbots.

The way aimbots work is that based on the configuration you choose (sometimes even the default one), your character will constantly aim for the head of the enemies and almost always kill them before they get a chance to even react, with close to no effort.

Of course, the more you care about the game or the account, you can choose to set the aimbot to try and look as normal as possible, thus avoiding most player reports. However, even if you manage to avoid that, you most likely won’t be able to avoid actual cheat detection by the game’s system, which is what got us here, for the current Apex Legends ban wave.

On the other hand, the closest popular Battle Royale cheat to aimbot is the ESP hack, which stands for extrasensory perception. This allows you to see things that are impossible to observe otherwise, such as the enemy player’s current health, equipped items, name, head hitbox, certain map features, radars, distance, air drops and so forth.

So yeah, now that we know all that, you can see why the developers felt like they needed to issue the current Apex Legends ban wave, to assure its player base that the game is to be kept as a fair, fun and nice environment.

What to do if you were hit by the current Apex Legends ban wave?

Well, first of all, you should keep in mind that false positive bans can and do happen, just as it happened with Fortnite, for which they also issued a tweet.

Naturally, not all bans are false positives, and of course, not all of them will be overturned, but if you know you haven’t done anything to warrant the punishment, especially if you know for a fact you haven’t used any cheats, then you definitely stand a very good chance to get unbanned from Apex Legends, upon appealing your ban.

So that’s it, now you know how these cheats impact the gameplay, and why the current Apex Legends ban wave was issued, but should you have any questions or information that you’d like to share, don’t hesitate to let us know in the comment form below!

We're here to give you the best help in order to get your Apex Legends account unbanned!

Get unbanned from Apex Legends!